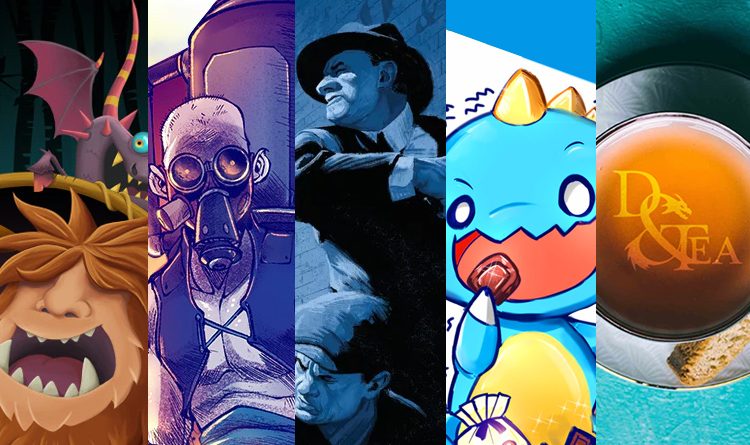 Jess
The Kickstarter List is here again to let you know that’s it’s Friday and we are ready to back some fun games!

In Cryptid Cafe, players take on the role of sasquatch restaurant managers looking to satisfy their monstrously hungry customers. Each round you’ll be sending your servers to food stations, sharing tips with the chef to let you cut in line, and gather food based on your position at the station. You’ll then use the food to serve customers and gain tips based on their satisfaction level. If the cryptid customers don’t get served fast enough they’ll eventually leave making room for a new customer. At the end of the game, the player who earned the most tips wins. 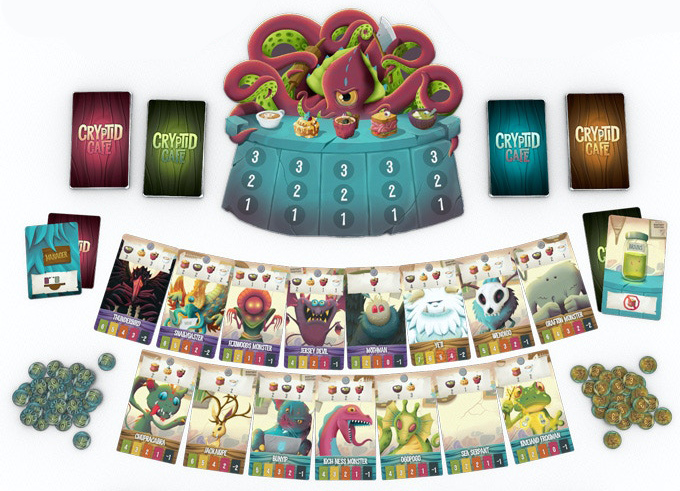 The theme is cute and I like the fact that your points are also bargaining chip with which you can adjust your position in line. It looks like this game will hinge on getting the right balance between saving your valuable tips and getting the food you need. Learn more about Cryptid Cafe here on Kickstarter.

Reminiscent of Mad Max, Radlands takes a bombastic look at an apocalyptic wasteland where water is a scarce resource. In a duel to the death, 2 players will face off with their teams of tribe members with special abilities to protect their camps. Use water tokens to play people, activate abilities, and use events to destroy your opponents defenses. If you manage to take out your opponents 3 camps, you win! 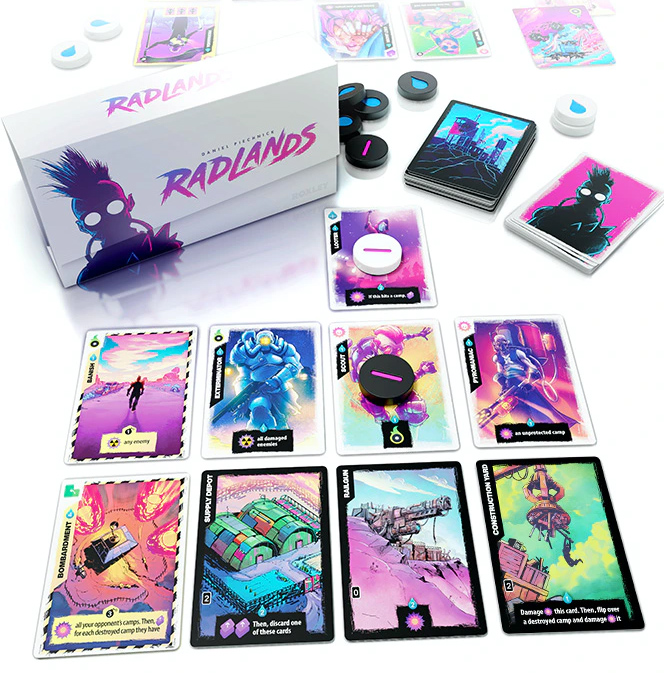 I adore the fact that Roxley Games went with such a colorful palette for a post-apocalyptic game. It brings an energy to the art that amps up the theme. The gameplay looks fairly easy to grasp, but the variety of card abilities suggests that there is a depth of strategy to the game. Strap in and roll out out to the Radlands Kickstarter here to learn more.

Sticking with the 2 player games, MOB: Big Apple is an area-majority game where players take on the roles of mob bosses looking to control NYC during the 1920’s. In the game players will roll 2 dice and use them as henchmen to take actions such as moving contraband, exposing your rivals moles, and escaping the clutches of the District Attorney. Once all of the henchmen have been assigned, a battle will ensure at each location and whoever survives will control the contraband there. At the end of the game, the player with the most contraband, wins! 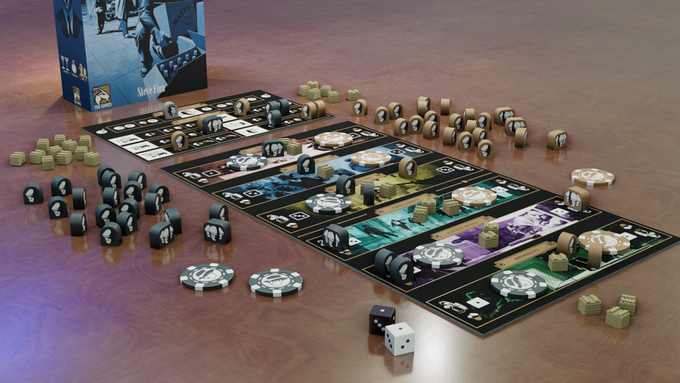 I’m continually impressed with Dr. Finn’s tight designs. Rhado once called him the “King of Fillers”, but it doesn’t do his games justice. Dr. Finn games are easy to get into and feel engaging every time I play them. MOB: Big Apple looks like it will live up to those expectations and then some, with its sleek looking art and clever worker placement gameplay. Check out MOB: Big Apple on Kickstarter here to learn more.

Snack Attack is a ridiculously adorable game about delightful nomnisaurs sneaking snacks. During the game there will be a set of dishes in the display. Each player will be able to play snack cards onto those dishes. The more snacks piled on, the more desirous the dish as each snack is worth one point. You’ll play Nom cards to claim dishes, but beware as players can add Sour and Bitter flavor cards into the pile which are negative points. You can counteract them with Sweet and Spicy cards if you have them, so managing your hand is important. You’ll also have to watch out for Rex cards, which return all snacks on a dish to the deck, and Momnisaur which forces you to share your snacks with the other players. The nomnisaur who earns the most points from their collected snacks by the end of the game wins! 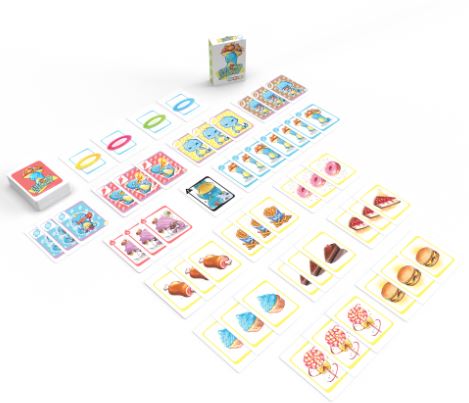 This looks like a perfectly family-friendly game with a fun theme and light gameplay. If you are a cuteophile like me, then make sure to check out Snack Attack on Kickstarter here!

D&Tea: Thematic teas for your RPG

If you follow me on Twitter then you may have noticed that I am addicted to tea and roleplaying and the idea of mixing my two passions together is intoxicating. D&Tea is a tea company that specializes in developing blends inspired by classic Dungeons and Dragons ideas. They have flavors such as Tavern Brawl, which is a mix of black tea, chocolate, and roasted coconut which just sounds delicious. Underdark & Chill is an Earl Grey mix (which is my absolute favorite kind of tea). The campaign also offers tea tumblers featuring class roles as American Traditional style tattoo art. 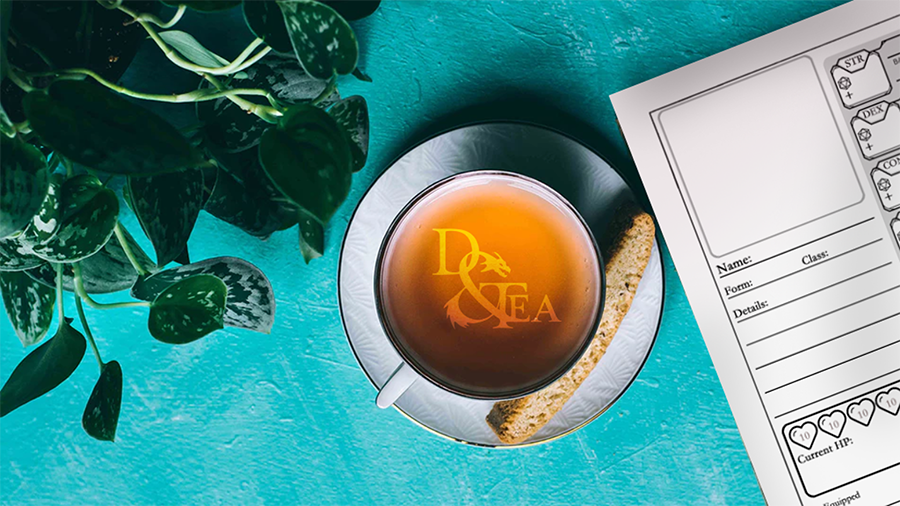 While this isn’t strictly a tabletop game campaign, I just couldn’t help but mention it in my list as it’s as if someone went into my head and made a list of things I enjoy and created a product specifically to target me. All they need now is to add a Familiar tea of catnip and I will just shovel money at them.  Check out D&Tea: Thematic teas for your RPG on Kickstarter here to learn more.