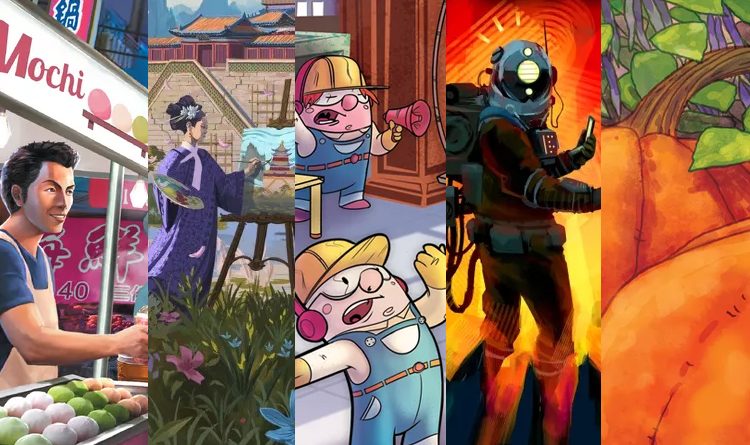 Welp, that’s enough melancholy for today! Let’s welcome the upcoming weekend like we always do with a list of fun Kickstarters!

Designed to give you a taste of the excitement and deliciousness of the food stalls in Taipei, Night Market is a worker placement game about hosting the best night market. The game is broken up into four seasons (rounds) and day and night phases. During the day You’ll send your workers out to collect food, hire chefs, build stalls, and attract customers. During the night phase you’ll assign the food you collected to the stalls you built and then fulfill customers orders from your stalls to earn money. At the end of each season you’ll check to see which player won a season bonus and at the end of the winter season you’ll gain points for your money, satisfied customers, stalls and board bonuses. The player with the most points wins!

There’s a lot of clever stuff going on here. I particularly like that when you place workers you can create chain bonuses between two or three meeples to gain extra resources. It makes each placement an interesting puzzle. I also really appreciate that Talon Strikes Studios hired a staff of cultural consultants to make sure that the game will provide an authentic and culturally sensitive experience. You can whet your appetite for Night Market by visiting the Kickstarter campaign here.

In Eternal Palace each player heads up a noble family who is helping the Emperor rebuild his palace. During the game you will roll dice and then use them to visit locations where you will be able to gather resources, hire advisors, and rebuild monuments. You’ll also be painting a masterpiece and locations you visit will give you elements of your painting. You can gain bonus points for your painting if you are the first to finish and/or have the most elements in your artwork. 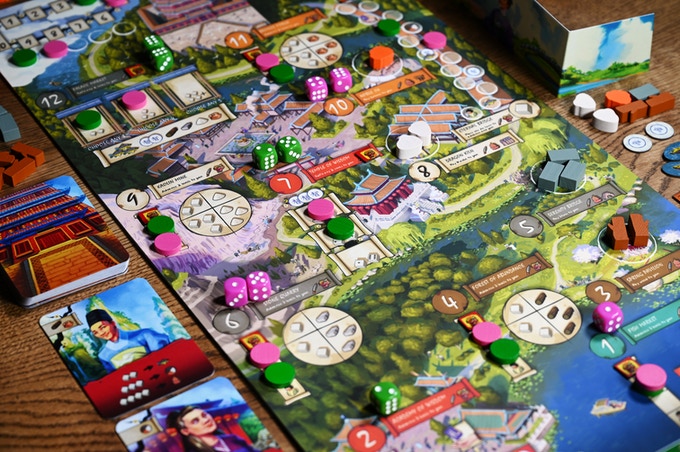 Eternal Palace is gorgeous and I love that players don’t block each other at locations. Instead there is a track for each location and you race to see who can reach the top of the track first to gain bonus points. This takes away a punishing aspect and substitutes in a more intriguing competitive element. I anticipate being totally absorbed in trying to assemble the perfect painting for the emperor, because that is my jam, but there is plenty of other ways to score in the game. I’d also like to point out that Alley Cat Games has also hired a cultural consultant during the design of the game which is a great thing to see. I really hope more and more companies understand the value of hiring staff that can ensure their games are respectful as well as fun.  Learn more about Eternal Palace here on Kickstarter.

Factory Floor is a spatial puzzle game where you’re trying to build the most efficient factory. During the game you’ll be drawing tiles from the bag and deciding which ones you’d like to add to your factory floor. You have 5 turns to build up your factory, add workers, and produce goods. after the 5th turn the game ends and the player who produced the most goods wins. There’s  solo mode that turns the game into a campaign where players can try to solve puzzles with their factory building skills. 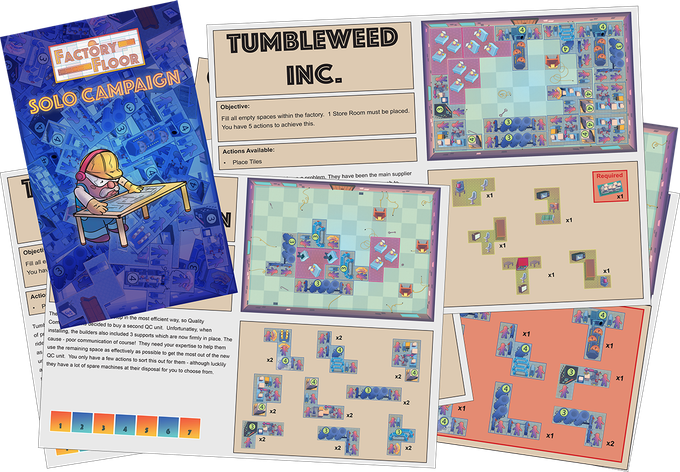 Factory Floor looks like a lighter game that’s geared towards introducing players to tile laying games. I am intrigued by its solo campaign as I think it will add layers of complexity that will heighten the game play experience. You can learn more about Factory Floor here on Kickstarter.

So, You’ve Been Eaten

Work can be tough. Especially when your job is to be swallowed whole by a giant beast so you can mine out it’s precious bits before it can finish digesting you. Eh, what can you do? So, You’ve Been Eaten is a 2 player game where 1 player plays a fearsome beast whose tummy is full of valuable crystals. The other player is a miner, who “voluntarily” gets eaten by the beast in order to mine those tummy crystals. The game is asymmetrical with the miner playing a dice placement game and the beast playing a hand management and drafting game. The miner must try to eliminate Bacteria and capture Crystals before the beast can achieve its goal of using Bacteria to attack the miner and digest them. 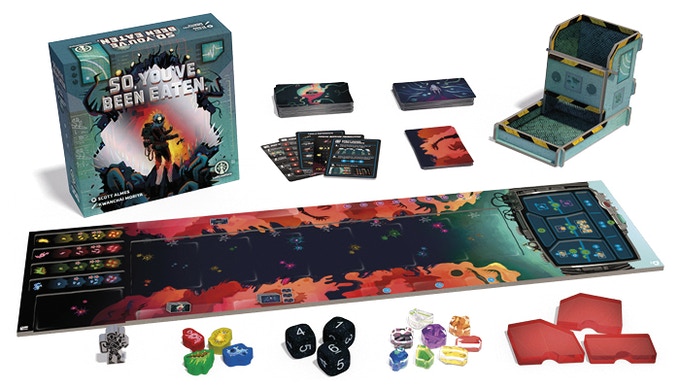 Andrew and I really enjoy dedicated 2 player games and I like each role has different mechanics and goals. As always Kwanchai Moriya’s art is absolutely fantastic and the color palette makes the game look really exciting on the table. Learn more about how you can enter a fulfilling career in monster delving with So, You’ve Been Eaten on Kickstarter here.

I got the chance to try out Ben Pinchback and Matt Riddle’s new roll and write and it is really darned good. Three Sisters is a game about creating a prosperous garden. Each turn you roll the dice and place them in descending order around a rondel. Then players take turns selecting a die and taking the actions of the space the die is on in the locations matching the die’s value. You’ll be  planting seeds or growing each turn as well as having the chance to invest in tools, beehives, fruit trees, flowers, and even head to the market to sell your goods. 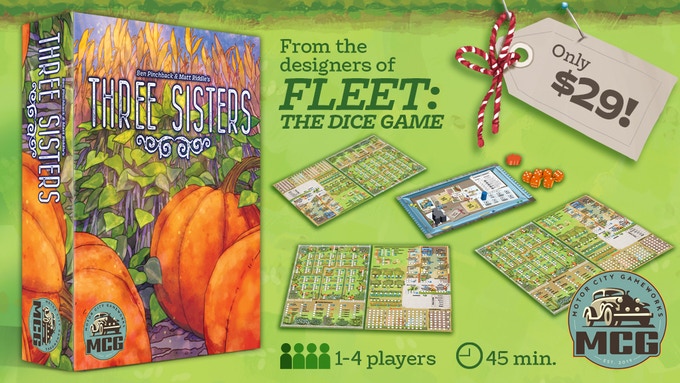 The game really starts to hum once you start chaining actions together. I found it really rewarding to invest heavily in the perennials which not only get you points but also award you bonus actions and goods, but that’s just one path to victory and there are a ton of other ways to score points. You can learn more about the game in our preview here. If you like complex roll and writes that are great for cascading actions into each other then you should absolutely make sure to check out Three Sisters on Kickstarter here.