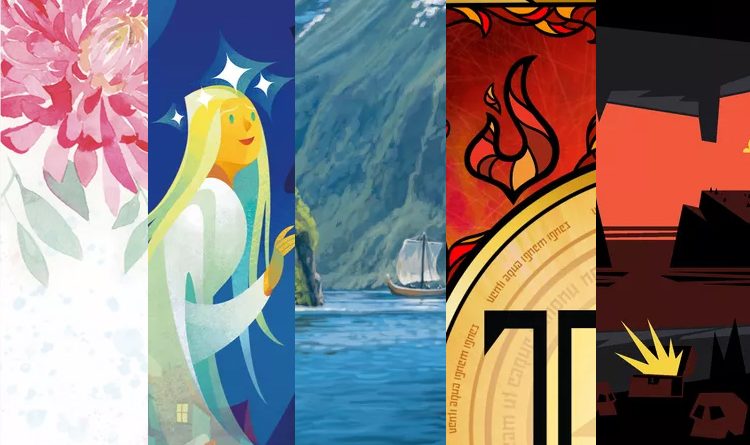 Jess
Whew. We’ve made it. Another week Another fun Friday! Let’s see what Kickstarter holds in store for us.

In Floriferous, you are spending a few lovely days in a garden picking flowers and arranging them into beautiful arrangements. Each turn you will select a card from the column that your pawn is next to and then move your pawn into the empty space. The flowers you collect can be used to fulfill goal, desire, and bounty cards. There are also sculpture cards which will award points based on who has the collected the most. Some cards will have stones on them and whoever collects the most stones will get the tea card which is worth 2 points (but more importantly, they have tea which is my favorite drink. I just know that the tea card will be my ultimate goal each game). Once each paw reaches the end of the rows the round ends and the bounty cards are scored. If you have managed to collect the necessary symbols for the rounds bounty you’ll gain points for the bounty. After 3 rounds everyone adds up the points they scored from various goals, desires, and bountys, adds in their stone and tea points, and whoever earned the most wins! 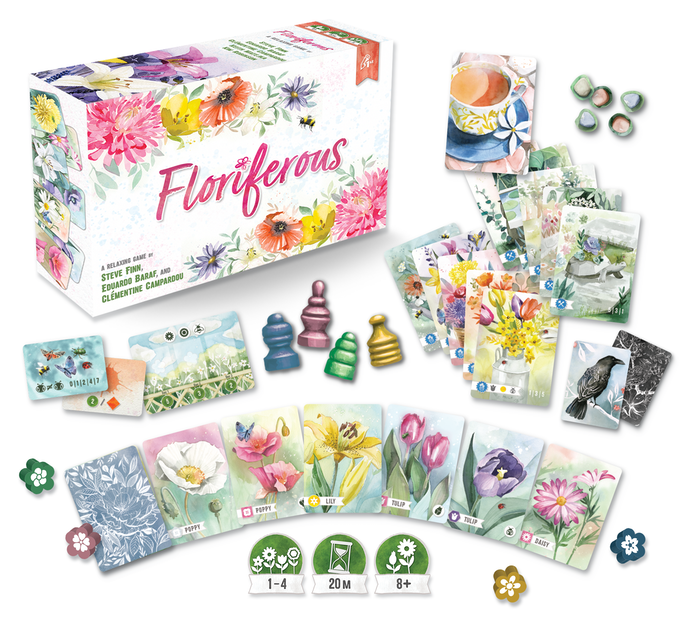 I have a real soft spot for games with pastoral themes, gorgeous art, and set collection. Floriferous hits all those spots beautifully. I love that you can collect different end game scoring bonuses instead of flowers, giving you a lot of options on how to win the game. Of course you don’t want to focus to heavily on those or else you’ll lose out on getting the symbols you need to fulfill bounties and goals, but having the option to tailor what will give you points means you can really customize your strategy. Steve Finn and Eduardo Baraf always make really solid games, but I think they have outdone themselves this time. I could gush about this all day so instead, go visit Floriferous on Kickstarter here to see for yourself if it is your kind of game.

Board Game Tables has gone all out and is Kickstarting three different games at once! Ghosts of Christmas is a updated version of a game called Time Palatrix and is a trick taking game where you play three separate tricks at the same time. Factory Funner is a real-time puzzler where you need to build up your factory across a hex grid and make as much money as you can over 8 rounds. The trick here is that you’ll be building fast and sometimes you might pick up pieces that don’t fit your ideal layout so you have to think on your feet to snatch the win. Lastly Bear Raid is a stock market game where you will be buying stocks, manipulating values, and hoping your investments pay off. 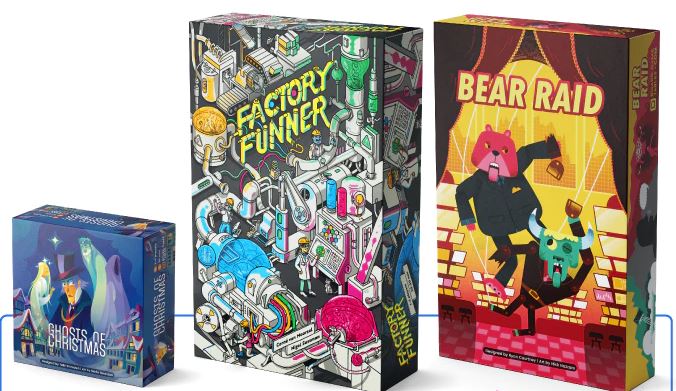 This Kickstarter project is a great way to get a bunch of fun games all at once. Board Game Tables is offering bundle discounts, component upgrades, and even selling a bag to store all of your new games in. Check out the full campaign and all the details on the Factory Funner, Bear Raid, and Ghosts of Christmas Kickstarter here.

Grail Games is bringing back the classic tile-laying game, Fjords. In it players first build a map by placing hex tiles and long houses and then send their Vikings out to claim those lands. This version of the game has new modules that will only be available through the Kickstarter. The Secret Runes module lets players move longs houses after they have been placed and the Epic Duel module expands the 2 player game.

I’ve never had a chance to play Fjords, but I like the idea of creating the map together before conquering it. The addition of the modules makes it really enticing to back now since you won’t be able top pick them up after the campaign. You can learn more about Fjords here on Kickstarter.

Tome is a trick-taking game about magic books where teams of players face off against each other in magical duels. At the beginning of each round you will reveal a spell card and then everyone must play a spell from their hand. The highest valued spell that matches the revealed spell card wins the trick and the points for their team. The neat thing is that most of the spells have effects that can help you during play. Each spell played during a round that matches the previously played spell will form a chain and have its’ power activated.

The chain mechanic in Tome is really interesting as it rewards you for following suit and gives you another point to consider when playing a card. Instead of relying on a higher value card, you might want to play a lower value one in order to trigger an effect that could benefit you. I think the addition of chains could make for some really interesting strategies. Read up on Tome in the Kickstarter project here.

Heads Will Roll is a dexterity game where players take on the roles of bored dragons playing with their leftovers. Each turn you start by rolling all of the pieces (skulls, treasure chest, and shield) and then flicking the shield to try to score points. You earn points in the game by hitting the treasure chest with the shield. You also get points and extra flicks if the shield passes between two skulls. You get a max of 3 flicks per turn, but you must hit the treasure chest before the end of your turn or else you can’t score any points for the round. The first player to reach 21 points wins. 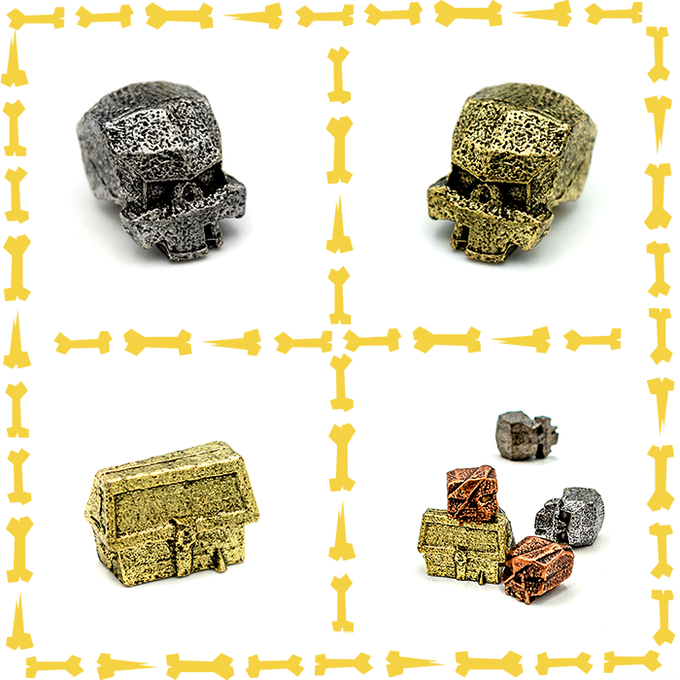 Heads Will Roll looks light, fast, and has few components, making it perfect for sticking in your pocket and playing just about anywhere. Also the components themselves are actually made out of precious metals, giving them a nice heft in the hand when you toss and flick them. Learn more about Heads Will Roll on Kickstarter here.