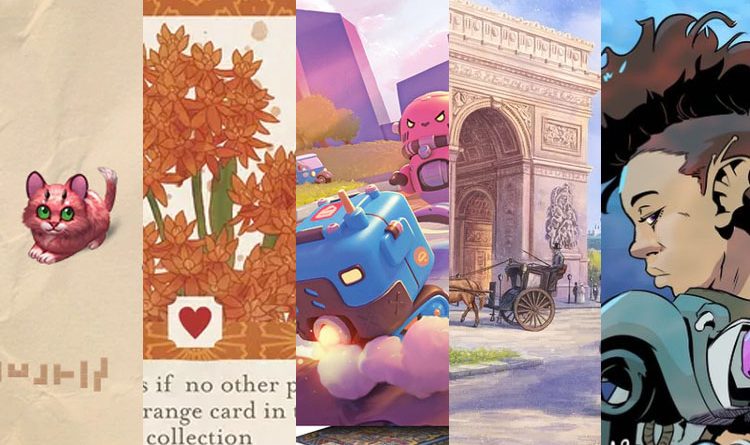 Jess
Happy Friday everyone! Let’s enjoy this precursor to the weekend with a little tour of what’s looking good on Kickstarter this week!

The Isle of Cats: Don’t forget the kittens!

Seriously, SAVE THE KITTENS! Kittens and Beasts is a new expansion to the fun tile drafting and placement game about saving magical cats from an island beset by poachers. In this expansion you get 4 new modules: Kittens, Beasts, Events, and the Boat pack. The kitten module adds kitten tiles which are smaller and when a player is choosing a cat tile, they can instead take a pair of kittens. There are only 2 sets of kittens on the island each day, so you have to snap them up quick. The beasts are tiles that have affinities to different types of cats. You start with 1 on your boat and when you add a family of cats that matches the beast’s icons you’ll gain a beast figure which is worth 5 points. The events randomly add new mechanisms and rules each day and the boat pack gives you 6 new boats with unique shapes and layouts. 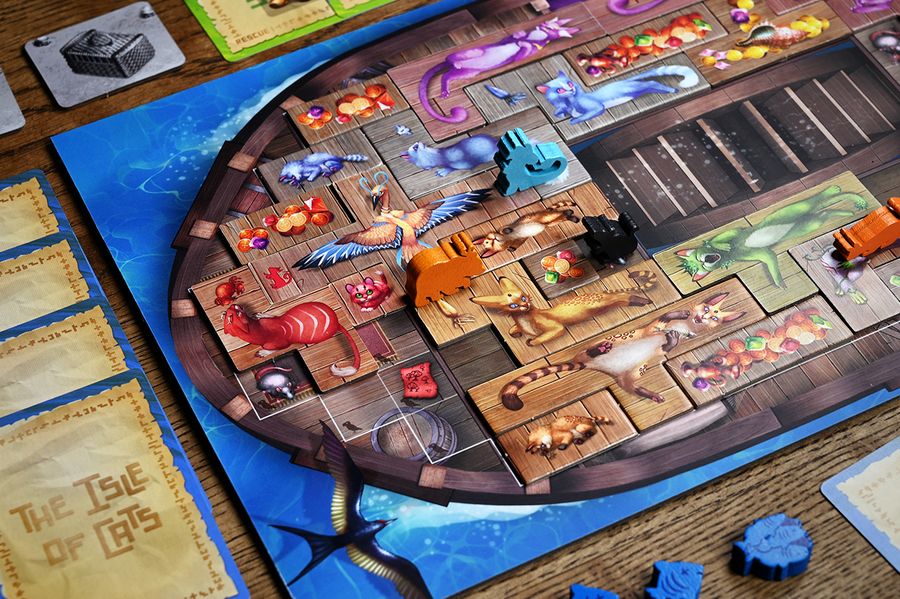 If you’re a fan of Isle of Cats or just love tile laying games, then make sure to check out Kittens and Beasts. I love this game, from the mechanics to the theme, and this expansion looks like it adds a lot of fun variety to the mix. Learn more about this adorable expansion here on Kickstarter.

In other expansion news, Elizabeth Hargrave is adding 4 new ones to Tussie Mussie an I-cut-you-choose game about the language of flowers. In the game you will take turns drawing 2 cards at a time and then offering them to another player. You’ll decide which card will be face up and the other will be face down. Your opponent must then choose one to keep and you’ll get the other. after everyone has four cards you’ll reveal, activate flower abilities, and score. The expansions add new flowers with unique abilities, greenery that gives bonus points, ribbons that are extra goals to meet, and free solo play cards. 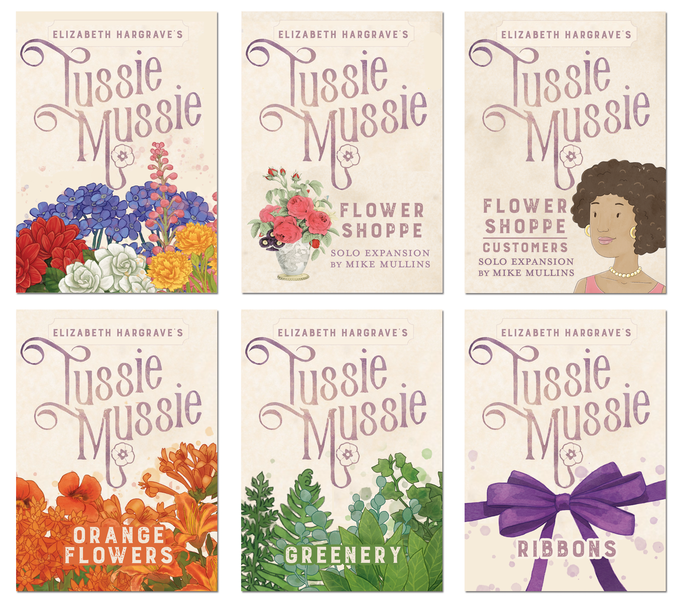 Tussie Mussie blends I-cut-you-choose with hidden information seamlessly to create a strategic game that is both beautiful and fun. Between Elizabeth’s clever design and Beth Sobel’s art, this is a insta-back for me. I love the simplicity of of the mechanics, making it a snap to explain, but the depth of decisions being made here. Grab a copy for yourself on the Tussie Mussie expansion collection Kickstarter campaign here.

Did someone say deckbuilding robot battling with adorable minis? Sign me up! Robot Quest Arena puts players in the roles of robot techs who battle to see who is the best tech in the world. Each turn you’ll use cards from your hand to buy new cards, use effects, or attack your opponents. When you damage another robot, you claim their health cubes as victory points. If your robot ever loses all of its health cubes, it will respawn on your next turn, so you’re never out of the game. At the end of the game whoever earned the most points wins! 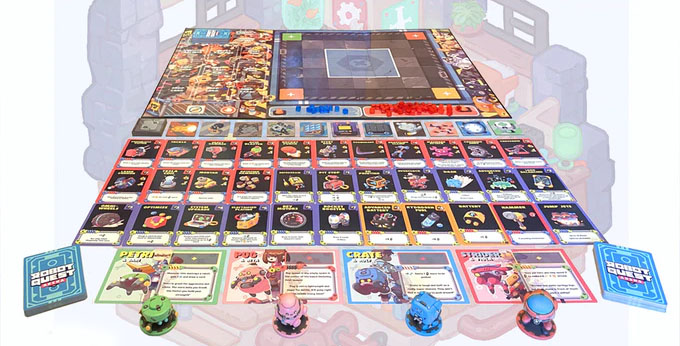 Wise Wizard games produces some of the most fun deck-builders on the market today and Robot Quest Arena looks like another fine addition to their catalog. I adore the minis and the art which give the game a cute, Pokemon-style feel to it. Learn more about Robot Quest Arena here on Kickstarter.

Ok, ok. One more expansion. Paris is a eurostyle-game where you take on the role of real estate investors in Paris. You’ll be buying buildings and investing in their development and upkeep to turn Paris into one of the most beautiful cities in the world. This Kickstarter is funding the creation of the deluxe edition plus the Paris l’Étoile expansion, which adds bonus tiles and new strategy tiles which can change up how you approach wining the game. The deluxe edition of Paris is really glorious. You  get a 3d model of the Arc de Triomphe as a centerpiece to the game as well as a custom insert to make setting up and breaking down  the game easier, a ton of wooden components, player screens in the shape of buildings, and thick wooden tokens. If you want to go all out you can add-on a metal coin pack to give the games currency a realistic feel. 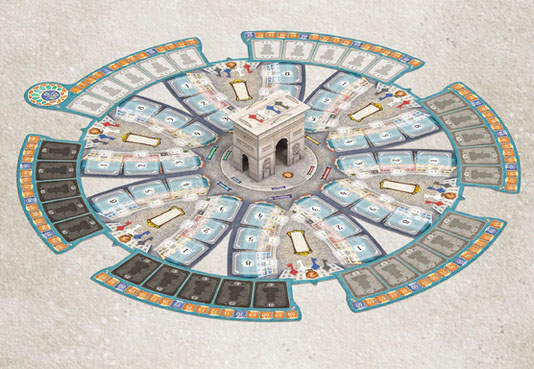 Paris is one of those “point salad” games where everything you do rewards you and I love that. The game’s table presence is striking and the gameplay itself is quick and clean. Head on over to the Paris l’Étoile Kickstarter to learn more.

Mermaid Mayhem is an underwater, dungeon-crawler of a sort, where players lead a party of mermaids to fight against monsters and other mermaids in a race to claim treasures from the deep. Each player will have their own team of mermaids with their unique abilities. On your turn you’ll draw a card and have to deal with the consequences. If you draw a treasure, add it to your hand and end your turn. If it’s a monster you’ll need to fight it using your party’s stats and if you beat the monster, you’ll keep it as a treasure. If you don’t the monster will become a minion to one of the boss cards in the middle of the table. The deck also includes effect cards, which can be good or bad, and treasure cards which go straight into your stash. At any point you can decide to forego diving to challenge a boss monster. Once all bosses are defeated the game ends and the player with the most treasure wins. 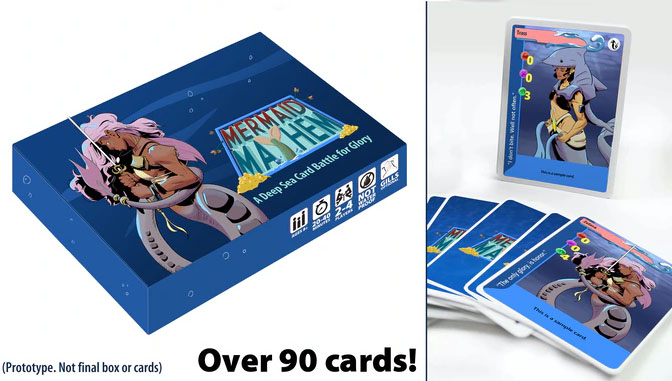 Seeing as it’s mermay, how could i not check Mermaid Mayhem out? It looks like a straightforward adventure game with fun art and a quick play style. If you’re a fan of mermaids like I am, swim on over to the Mermaid Mayhem Kickstarter here to learn more.