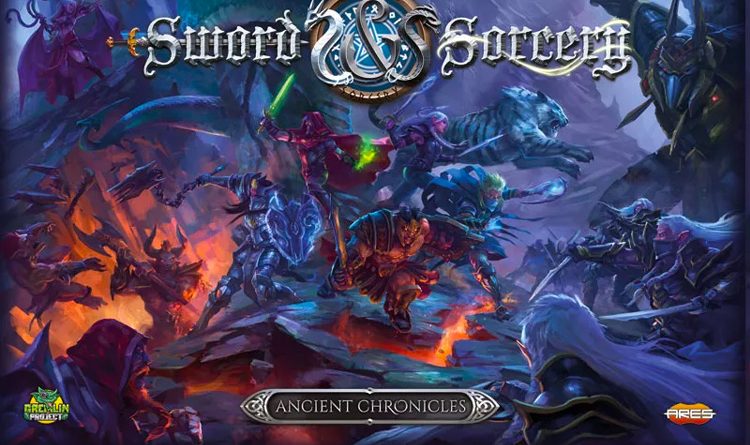 Sword & Sorcery Ancient Chronicles is the new stand-alone core set and campaign from Ares Games! According to their press release “Ancient Chronicles brings the Sword & Sorcery game system to the next level, with new features enhancing the storytelling and broadening the scope of the players’ adventures, introducing a greater variety of Enemies, and more possibilities for the Heroes.” 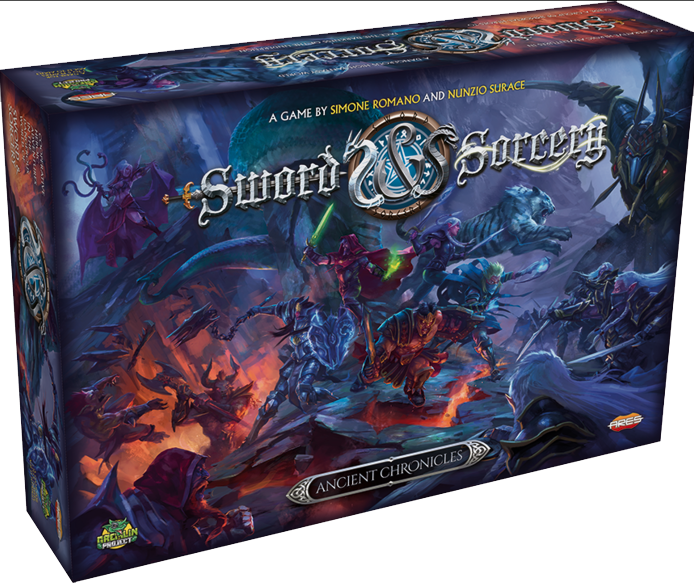 As a cooperative dungeon-crawler, Ancient Chronicles can be enjoyed by players unfamiliar with the series as well as those who have who already completed the previous campaign, Immortal Souls and is fully compatible with previous releases. This means heroes and monsters can continue from one campaign to another. Ancient Chronicles is set as a prequel to Immortal Souls and features five new Heroes, two Companions, and 12 different Ai controlled Enemies. This set also introduces Minions which are a new monster type that attacks in hordes. The game comes with 32mm scale plastic figures and modular map tiles which you can combine to create a ton of different scenarios. 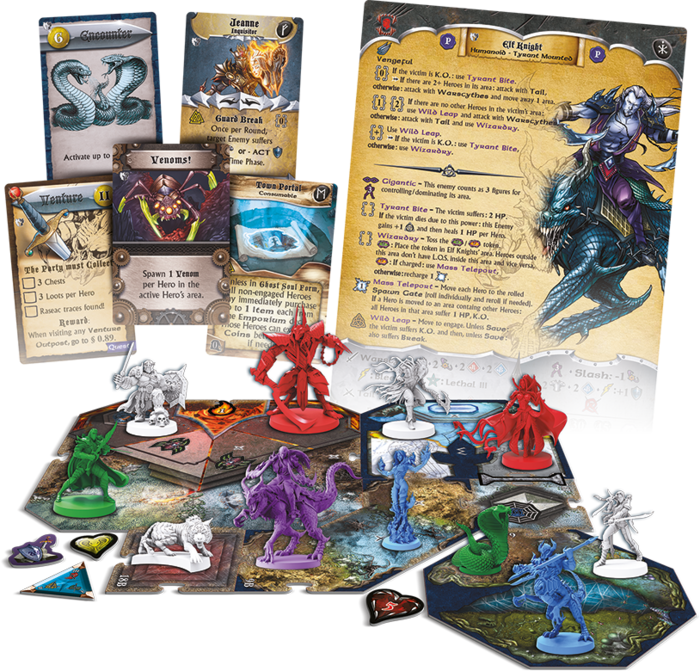 Also debuting are three expansion packs – Chaotic Familiars, Lawful Familiars, and Ghost Soul Form Heroes. Chaotic Familiars and Lawful Familiars add new creatures who can bond with characters and assist them during their adventures. Ghost Soul Form Heroes add new hero minis to replace the figures of the five heroes included in Ancient Chronicles after they die as well two gameplay expansions that enhance characters’ back stories and customization.

For more information about Sword & Sorcery Ancient Chronicles, check out the overview of the new campaign and visit the Ares Games website – www.sword-and-sorcery.com.