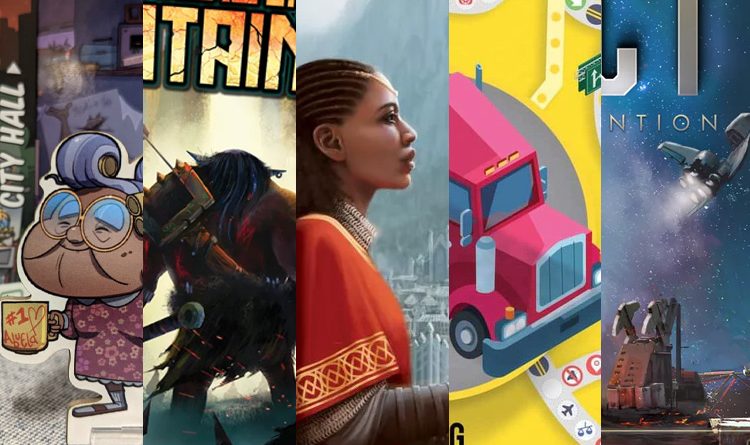 Jess
Welcome all to another wonderful Friday! Let’s head on over to Kickstarter and see what goodies it has for us today!

In Book of Villainy you have decided to become a villain, but sadly you are not very good at it. So instead you are trying the next best thing: Being an Author! Book of Villainy is a rodel based set collection game, where you will be travelling around the city hiring henchmen, constructing nefarious gadgets, planning out evil deeds, and recording it all for prosperity. By collecting sets of henchmen you complete pages in your book which will score you points at the end of the game. Once any villain writes the 6th chapter of their book, the game ends and whoever earned the most points wins! 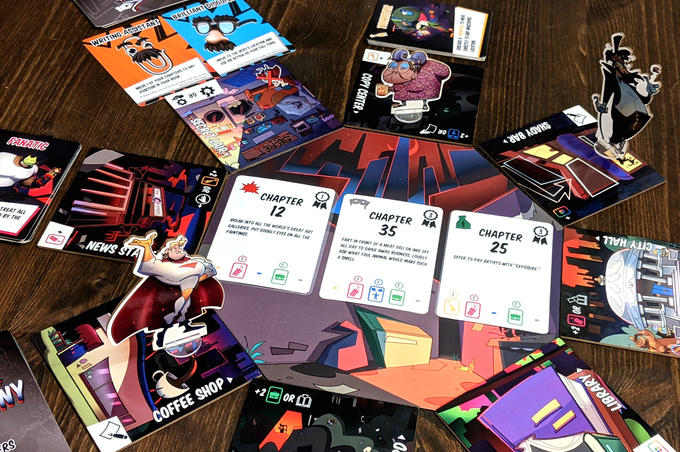 I absolutely love this theme and the art really brings the kooky cast of characters to life. A neat aspect of the game is that you can collect chapters out of order, but if you arrange them so that certain themes match up you’ll gain extra points. I was really excited to learn more about the game and the designer, Fertess Allyse, so I interviewed her. You can watch the full interview here. Then make sure to check out Book of Villainy on Kickstarter here.

Fall of the Mountain King

Fall of the Mountain King is a standalone prequel to In the Hall of The Mountain King. Using area control and drafting, the game tells the story of a terrible war that will drive the trolls from their homes. In the game you’ll be building up your ancestry by arranging overlapping tiles. Then you will decide if you will take 2 weak actions or one strong action by covering symbols on your ancestry tiles. The cubes placed on the tiles form new connections between uncovered tiles allowing you to chain together big moves. At the end of each round the Gnomes will attack and if you manage to defeat them you’ll earn honor. Afterwards powerful champions will join the player who impressed them the most during the round. After 3 rounds, the player who earned the most honor wins! 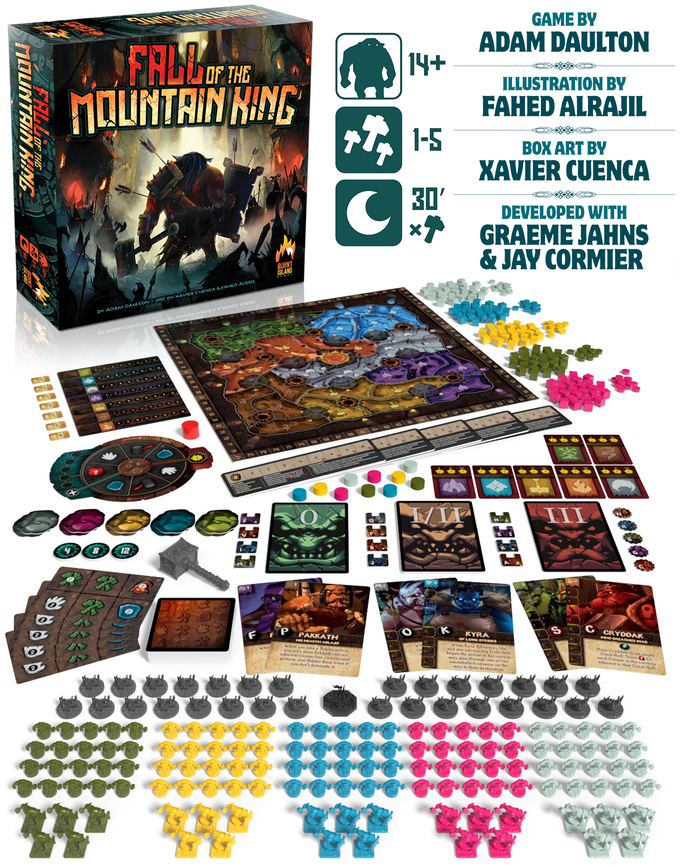 Path of Light and Shadow: Solstice

Path of Light and Shadow is an area control / deck management game about building your empire. As you play, you gain influence over the lands by conquering and controlling realms, building structures, promoting your troops, and gaining allies. On your turn you can make one move and then take as many actions as you can pay for. The player with the most influence at the end of the game wins. The Solstice expansion adds a new island to explore, powerful relics, and a new faction to command. It also adds new player cards for the base factions and a new Region deck. 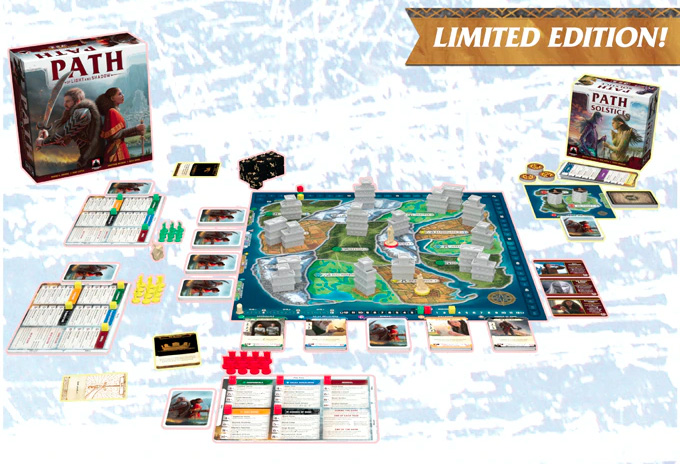 What’s neat here is that the actions you take can affect your morality rating; causing you to become Cruel or Merciful. Each one has different advantages that can help you win the game, so you ‘ll need to figure out what kind of leader you want to be in this world if you want to succeed. I haven’t seen too many games play with morality in this way successfully so I’m very curious to see how it plays out in this game. Learn more about Path of Light and Shadow: Solstice here on Kickstarter.

Linehauler is a game about trucking. You start the game with 1 truck and as you play you’ll be building up your fleet of trucks, driving cargo to to destinations around the map, and investing in services that support the trucking industry. Unfortunate events like fires and floods will challenge you to find alternate routes to make your deliveries, but if you manage to be the first player to own a Road Train when you move to a Capital City you win! 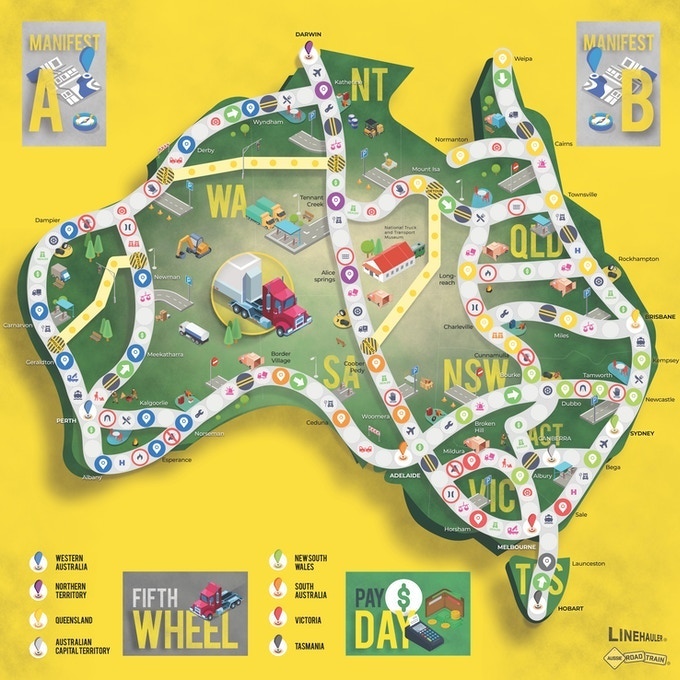 Linehauler is a labor of love for long time trucker fan, Trefor Jones and gives a look into all the aspects of the trucking business. If you like pick-up-and-deliver games make sure to visit the Linehauler Kickstarter to learn more.

In Edict: Solar Contention players take on the roles of organisations exploring the universe and mining it for all its worth. In this 4x game you’ll be piloting ships across the galaxy, building orbital platforms, investing in technology, extracting useful good, and shipping them back to Earth for solar credits. You’ll also be able to construct colonies on these alien planets to help cement your commercial empire in space. To move the game forward you must fulfill Edicts, which are Earth’s demands for resources. Once all Edicts are completed the game ends and the player with the most Victory Points wins. 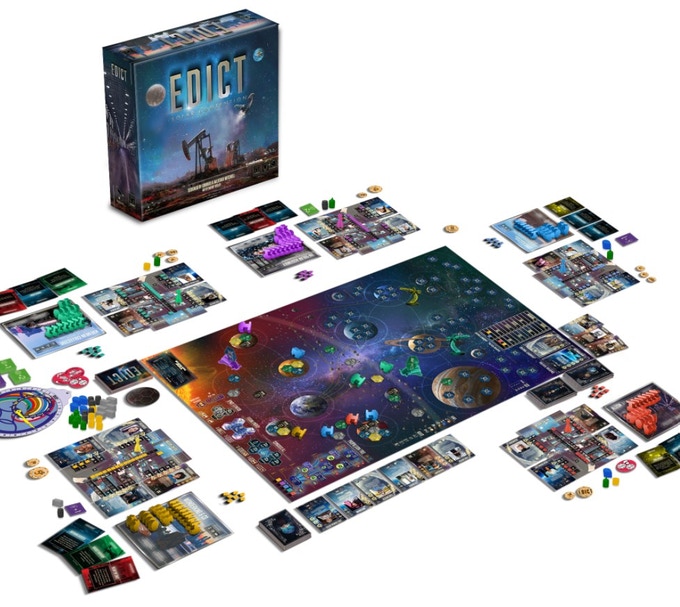 I think it is interesting that the game progresses as fast or as slowly as you choose to play. You cannot move forward until you fulfill an Edict so it seems like you could take your time exploring and building up your resources. Of course you don’t want to dawdle too long or else another player might snatch up the Edict before you can. Check out Edict: Solar Contention on Kickstarter here to learn more.