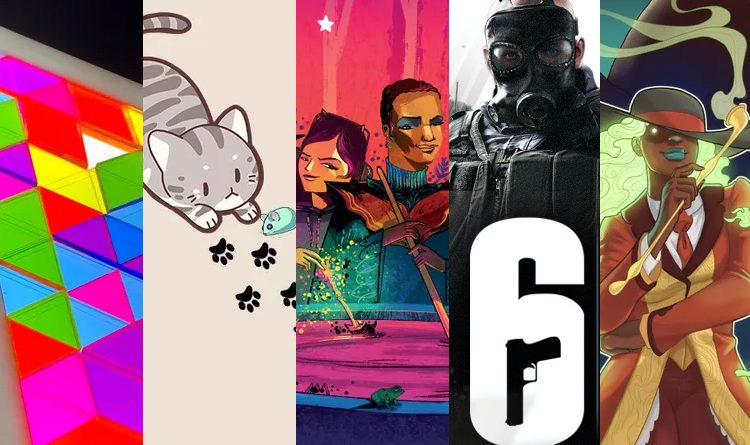 Jess
Friday brings good tidings of weekend days still to come and Kickstarters yet to be backed. Let’s check out what this Friday has in store for us!

I had a chance to preview KROMA a a few months ago and it is a really neat game. You can see the full review here, but the quick overview is this: KROMA is a color creation game. Each player will take a color card and on their turn they will draw 1 color tile from the bag. Then they must place the tile on the board so that it is fully supported (so no pieces overhang anywhere). The idea is that you will layer the translucent colored tiles so that they form your color. This is easier said than done as your opponent will be trying to block you while making their own color. You gain points for the largest contiguous block of your color and whoever earned the most wins. 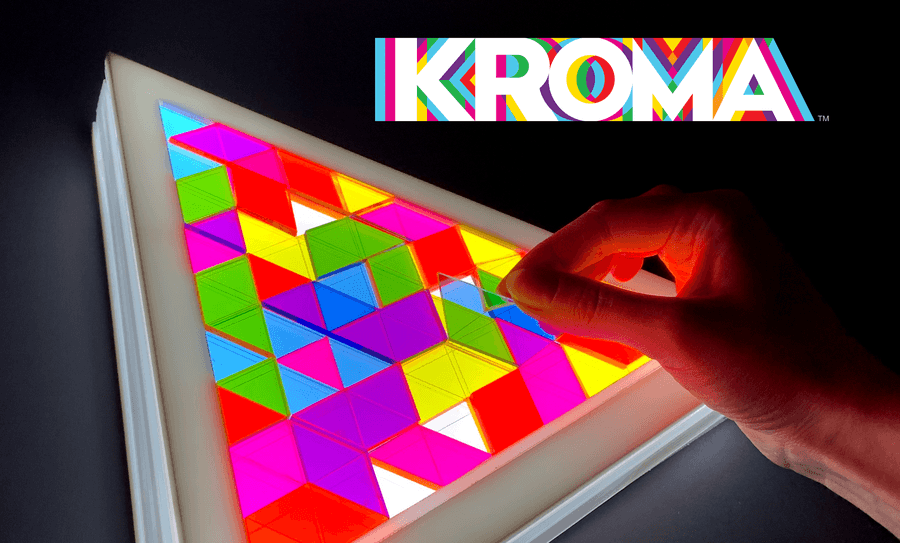 Where KROMA really shines is the fact that the game lights up from underneath. It makes the color mixes easier to see and makes for a really impressive table presence. KROMA is kind of a work of art in itself and I was really impressed with the design. You can check it out here on Kickstarter to learn more.

Kleptokittens! is a push your luck, memory game about Kittens trying to steal treasures. The table has a number of cards laid out face down and on your turn you have 30 seconds to reveal as many pairs as you can by flipping over two cards at a time. If the two cards match they stay face up, otherwise you flip them back face down. You can stop your turn early if you choose. At the end of you turn you will collect tokens for each matching treasure pair you have revealed. If you reveal a spray bottle you turn ends immediately and you only get to keep the last set of treasure revealed. Catnip cards can be collected and act as modifiers for your tokens. 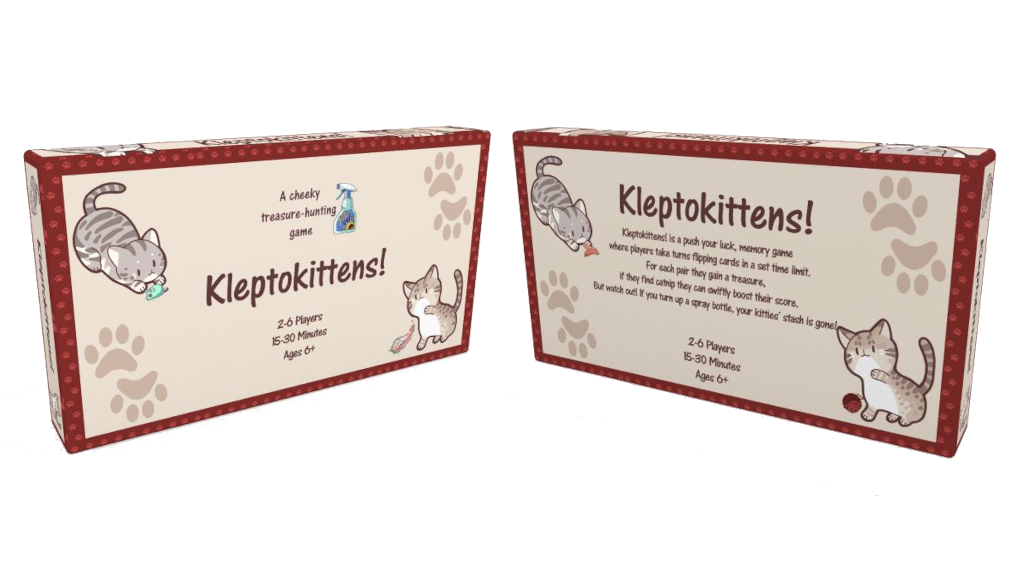 Kleptokittens is simple, cute, and perfect for playing with younger players. You can get your paws on it by heading over to the Kickstarter campaign here.

AEG’s Big Game Night is a pretty cool idea. You pay one discounted price and get a selection of new games (two of which haven’t even been released yet)! It’s like being able to visit AEG’s booth at Gen Con without all the hassle. This collection includes Whirling Witchcraft, a game about witches mixing magical ingredients in their cauldrons and trying to not have everything blow up in their faces, a push-your-luck game named TEN, and a copy of Tiny Towns: Villagers which is a city building game. 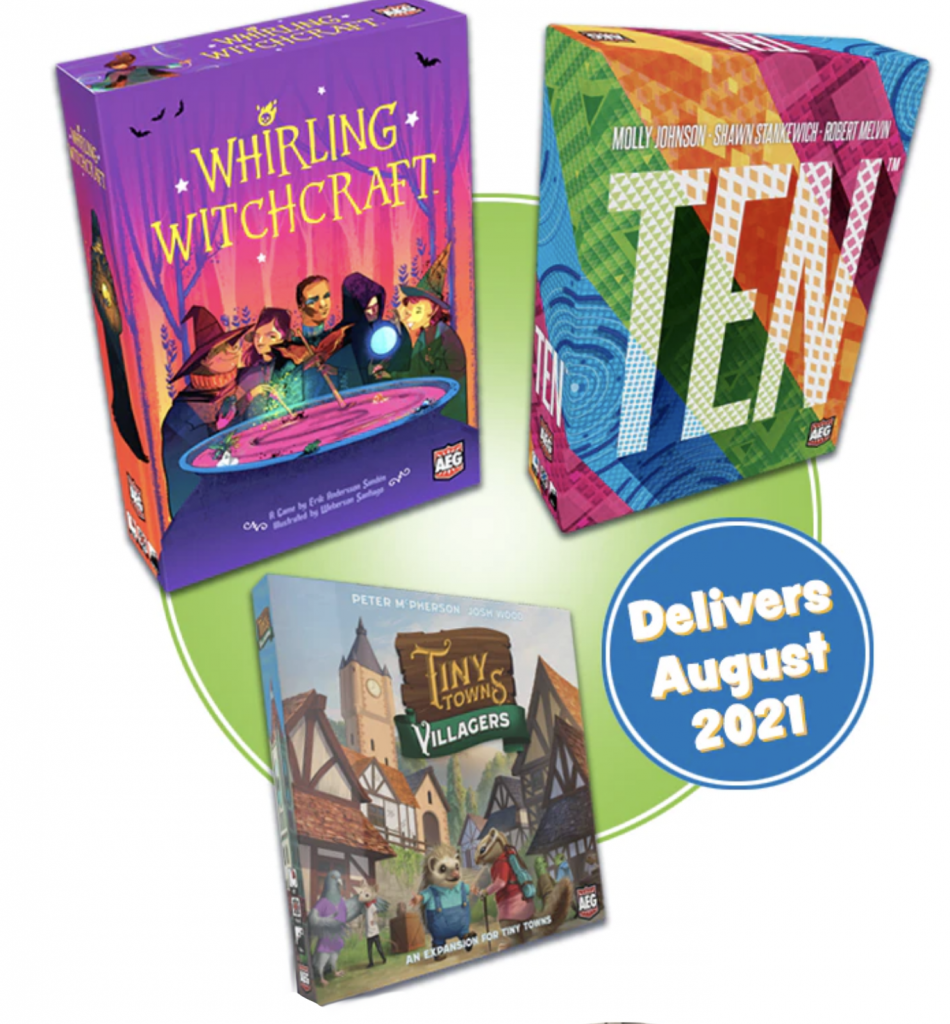 All three games look like a lot of fun and great for just about any group. If you are looking to get a little taste of the convention experience without having to travel or deal with crowds, then check out Big Game Night on Kickstarter here.

Ok, I think we all know by now that i am not a huge tactical mini fan, but there is something about 6:Siege that is very reminiscent of Hero Quest (a game dear to my childhood). Based on Tom Clancy’s Rainbow Six: Siege by Ubisoft, 6:Siege is an asymmetrical war game where players take on the roles of agents from Team Six. To win you need to achieve your mission objective or eliminate your opponents team. What is really cool is that the game includes obstacles, walls and other terrain features that you can use to your advantage or even destroy. 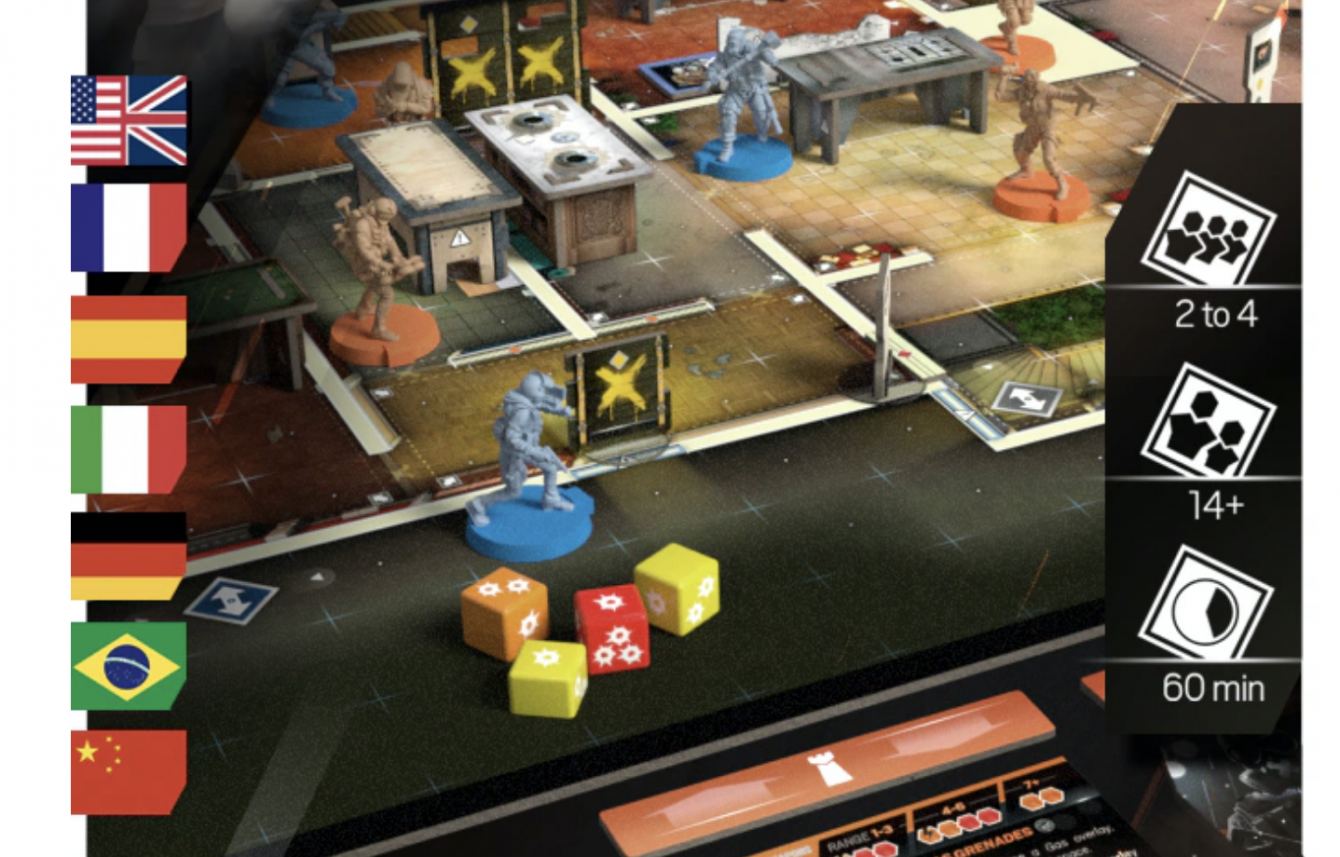 6:Siege really tries to give you an authentic first person shooter experience. The minis look great and the gameplay seems pretty immersive. If you are a fan of the Rainbow Six series then this may be the game for you. If you want to learn more about it, grab your team and head on over to the 6:Siege campaign on Kickstarter here.

Have you ever wondered what it would be like to have to walk Hades’ ghostly puppers? Heckin Hounds answers all your questions in the form of a trick taking game for 2- players. In the game you are tasked with taking this hellish doggos on a walk. You play with your hand facing your opponents, so you don’t know what you are holding. Each round 1 player will be the shift leader and must give players clues as to which hounds they have in hand. The tricks will be played out and the player who scored the least amount of points without going negative wins the game. Everyone else gets turned into Cerberus chow. 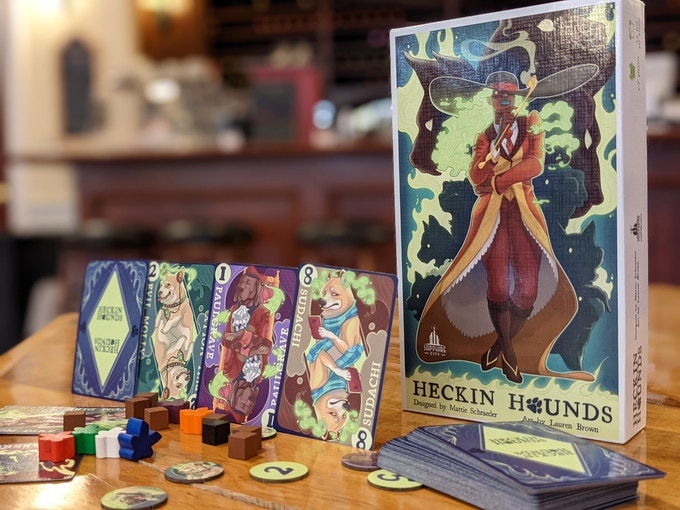 Heckin Hounds has a really cute theme and I love that each hound has a little backstory. I like the twist that you don’t know what is in your hand. It really puts the focus on communication and your memory. Learn more about Heckin Hounds on Kickstarter here.