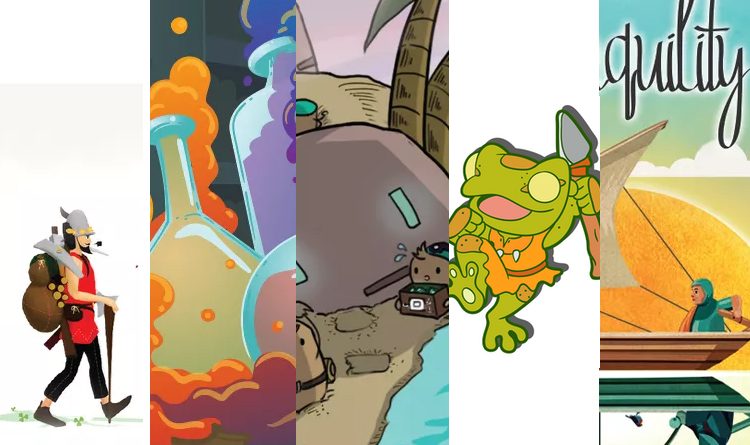 Jess
Another week, another Kickstarticle!  This time, we’re growing our village, panicking over some potions, programming potato pirates, meeting (and wearing!) adorable monsters, and working together to climb a beautiful mountain!  Let’s get to it!

This is one we’ve been really excited about!  Villagers is a city building card game where you are expanding your village by recruiting talented craftsmen and providing them the supplies they need to prosper. If you want to learn more, check out the preview we did for the Villagers here. Shifting Seasons is an expansion to the game that adds events that give you bonus actions and scoring opportunities, teams of craftsmen, specialty villagers, a new resource suit, and a solo mode. This expansion also adds an extra round to the game so you have more time to perfect your village! 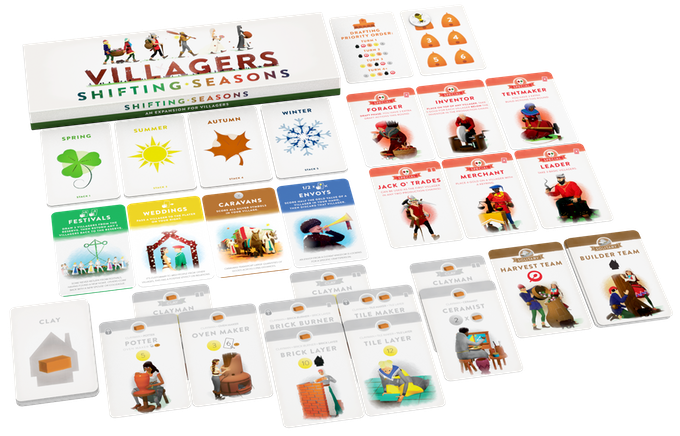 We really enjoy Village and this expansion looks like it will add a whole lot more to love about the game. You can check out the Villagers: Shifting Seasons Kickstarter here to pick up a copy for yourself.

Potion Panic is a colorful recipe completion game where players will manage their hand of alchemical ingredients as they race to make the best potions and earn the title of Alchemist a la Mode! 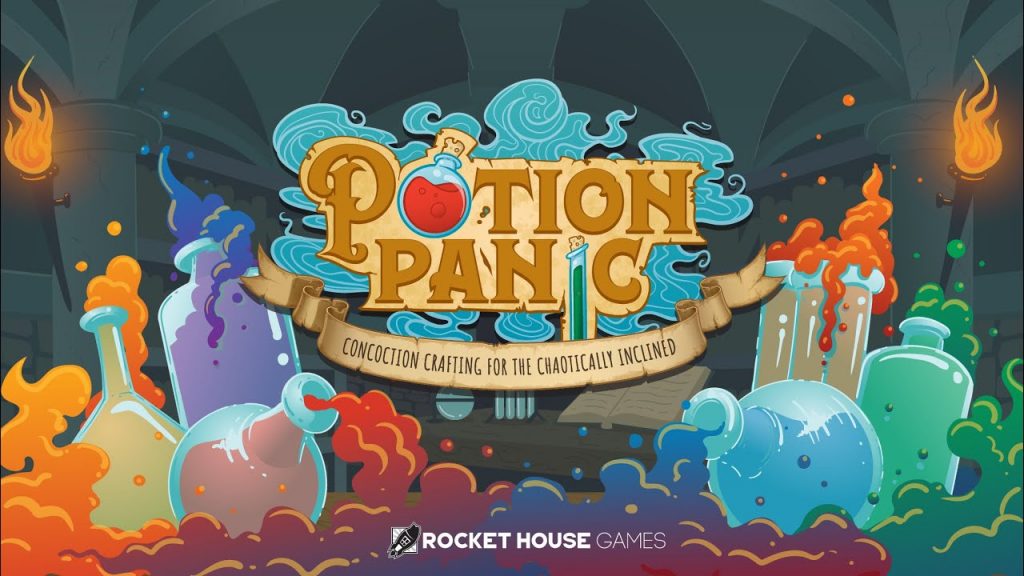 Gameplay looks pretty straightforward, with players either using ingredient cards to trigger different actions such as drawing additional resources or forcing other players to discard, or using sets of ingredients to brew potions.  Some strategic twists comes from the fact that there are multiple discard piles for spent ingredient cards, so you’ll want to pay attention to where your opponents are discarding so that you can use card effects to snatch up the bits you need before they get buried.  While Potion Panic doesn’t seem particularly complex, I really like its bright visuals and colorful presentation! You can check out the Potion Panic Kickstarter page here!

This one gets an A+ for bizarre-yet-awesome theming!  In Battlechips, you and your crew of spuds will try to defeat the other pirate captains at the table to claim victory in this programming and combo-driven card game.  Each round, you’ll outfit your ships with chip cards that will determine what actions they will take, but you’ll do this in secret so as not to alert the other captains to what sort of hijinks you’re planning.  Then, once everyone reveals their ships, you’ll get a chance to decide what additional card you will want to play to mess with other players’ plans, or to protect your own. 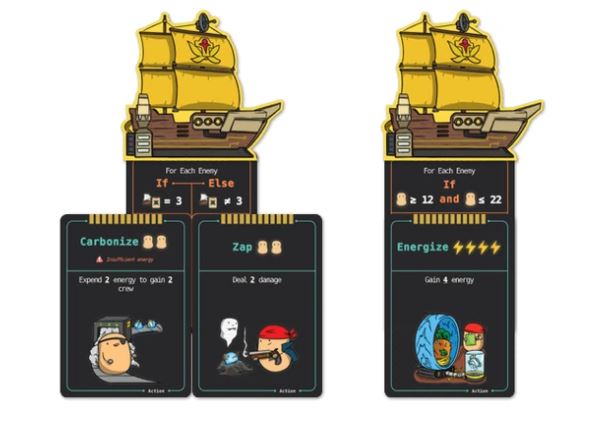 The art in Battle Chips is fantastic and while I don’t generally love take-that style games, the programmatic gameplay makes it more about anticipating and planning.  And I also love the weird potato/computer chip double-entendre that the whole game is built on.  If you have a taste for starchy computer pirates, check out the Potato Pirates 3: Battlechips Kickstarter now!

Strictly speaking, these enamel pins aren’t a game, but they sure as heck are tabletop gaming adjacent, and they’re totally awesome too!  I love enamel pins, and this set from The Mythical Merchant features awesomely adorable renditions of some classic creatures, monsters, and races from your favorite fantasy RPGs.  I think the art is just amazing and I can’t wait to rock some of these myself!

As part of this campaign, you can even add on pins from the previous Kickstarter, at a slightly reduced cost than they are available on The Mythic Merchant’s Etsy store. The campaign is doing great and has smashed its funding goal and is in the process of unlocking even more adorably-rendered monsters for you to wear!

Tranquility: The Ascent is a standalone follow-up to Tranquility, also published by Board Game Hub and, just like the original, Tranquility: The Ascent is a solo/cooperative puzzly card game.  In The Ascent, players will be adding cards to an ever-growing mountain tableau, trying to manage their respective hands of cards to reach the summit before someone becomes unable to take an action and lose the game for everyone.  As cards are added, two simple placement rules must be followed: cards of the same terrain cannot be placed beside one another, and every card placed will cause you to discard the difference in their value (a 5 next to a 3 will make you discard 2 cards).

The art in Tranquility: The Ascent is gorgeous, and the hand management puzzle of its gameplay promises to be tricky without being complicated.  And thanks to the Kickstarter, there will even be some mini-expansions to add even more variety (including one about managing goats!).  If your group might enjoy a trek up the mountain, check out Tranquility: The Ascent on Kickstarter today!