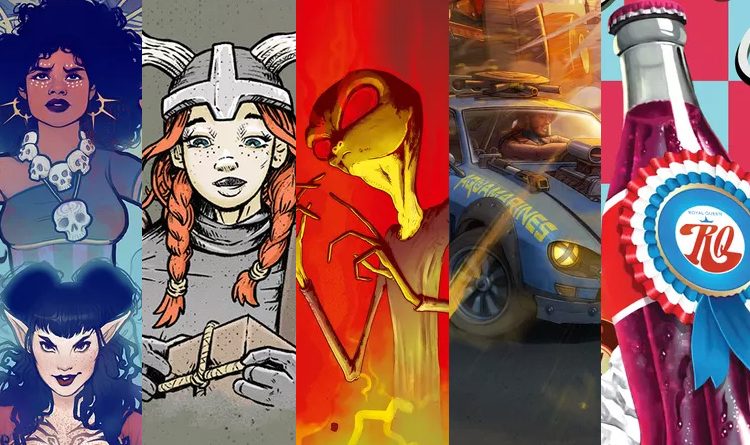 Jess
Hi Friday fans! Let’s plunge ourselves into the murky depths of Kickstarter and bring up some treasures to back!

Rat Queens: To the Slaughter

The badass battle maidens of Rat Queens are now getting their own cooperative board game from Deep Water Games! In Rat Queens: To the Slaughter you play as the main characters of the comic, Betty, Violet, Hannah, and Dee as they slice and dice their way through a host of monsters on their way to fight the big baddie. Each Queen has their own special abilities and as you play, you’ll be able to customize them to fit your strategy. A key element of the game is the friendships you forge between the queens. You can use friendship actions to help you in different ways and each time you have a friend help, you add tokens to your level up track. 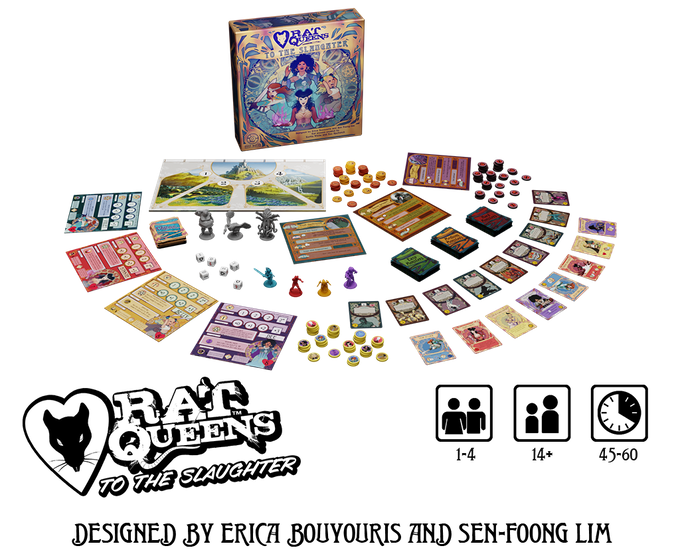 I’m a big fan of Rat Queens and I am super excited to see them translated into a cooperative, strategy game. You can learn more about In Rat Queens: To the Slaughter here on Kickstarter.

Hildegard is a solo/cooperative adventure card game where you play as Hildegard, a messenger on her first mission. You need to deliver a package to the coast, but along the way you’ll encounter shifty strangers, wildlife, and disasters.  On the bright side you can get in some relaxing fishing, hunting, and lazy river boating. The game plays like a Choose Your Own Adventure story. Each card will present choices that will lead to other cards. When you need to fight, you’ll just need to make a few dice rolls to see what the outcome will be, but defeating or not defeating an enemy won’t end the story. You’ll need to play the whole thing out to see how it all ends. 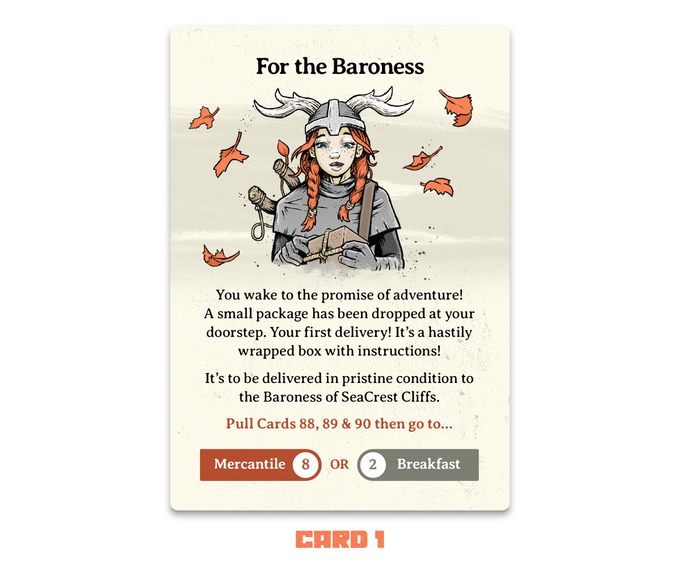 I love story based games and Hildegard is gorgeously illustrated; helping you visualize each scene or character. I like that the game has a coop variant where your sister joins you on your adventure. Playing coop allow you to make choices together and adds a new layer to the combat system. You can learn more about Spire’s End: Hildegard here on Kickstarter.

Love Vital Lacerda’s space colonization game and are looking for more? Well happy day then! On Mars: Alien Invasion is the sometimes cooperative expansion to On Mars which adds a four chapters and  4 different modes of play. In it you’ll need to either face off against the alien invaders or perhaps join them in trying to establish their own colony on Mars. Chapter 1 has an Alien player working against 2-4 Human players. Chapter 2 find the players cooperatively fighting a disease outbreak. In Chapter 3 everyone must work together to complete objectives while being assaulted by alien vandalism and Chapter 4 is a solo/coop game where you need to finish a set of goals in 15 rounds while the aliens try to stop you. 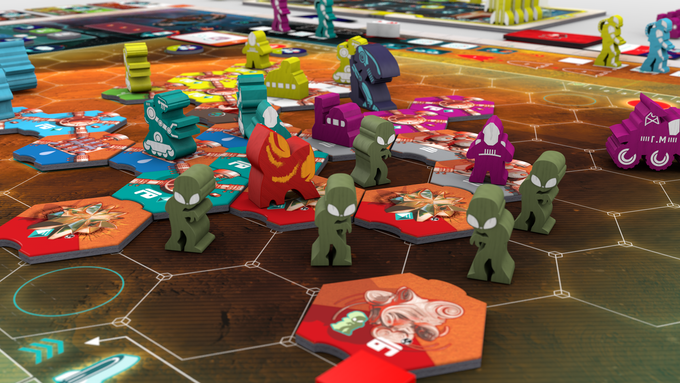 On Mars: Alien Invasion looks like it adds a lot of fun story scenarios to give you even more reasons to go back an play On Mars. You can explore the expansion more here on Kickstarter.

According to Death Roads: All Stars, 2028 is the year we get Mad Max-like death races where drivers can fight their way to victory and the right to live in the fancy metropolis with all those rich and famous. In this dystopian future car race, players take on the roles of drivers, pick out their vehicles and weapons, and navigate a road full of danger and excitement as they drive from the West to East Coast of America. Throughout the game you will use cards to control your car; controlling the car’s Condition, Handling, and Gear switches. Whoever crosses the finish line first wins! 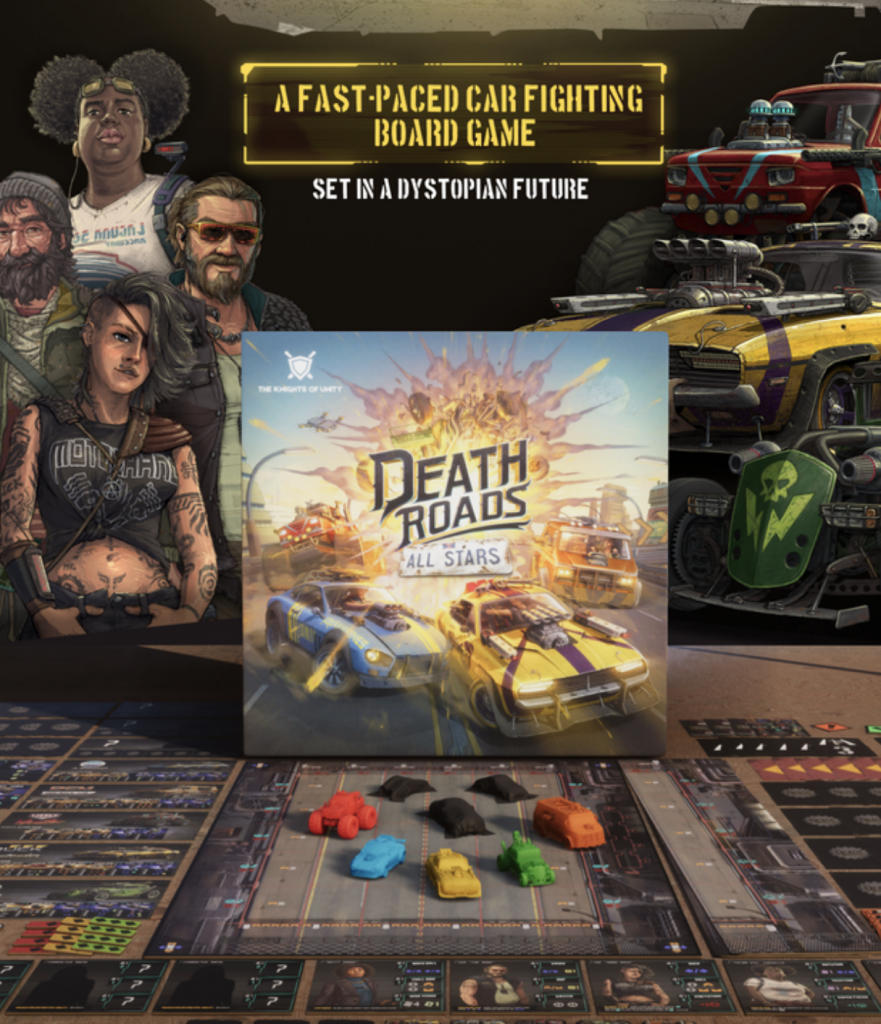 Top Pop is a area-influence card game where soda pop companies are vying to be the favorite flavours of each city. During the game players will play city cards and stack bottle caps on the card to show their influence over it. If you have the most influence on that card, you’ll collect it on a later turn. The cities come in two different types: Day and Night. Day cards are played face up while only the player who played a Night Card and the player they placed it in front of will know what the city’s value is. The player who earned the most points from their collected cities at the end of the game wins! 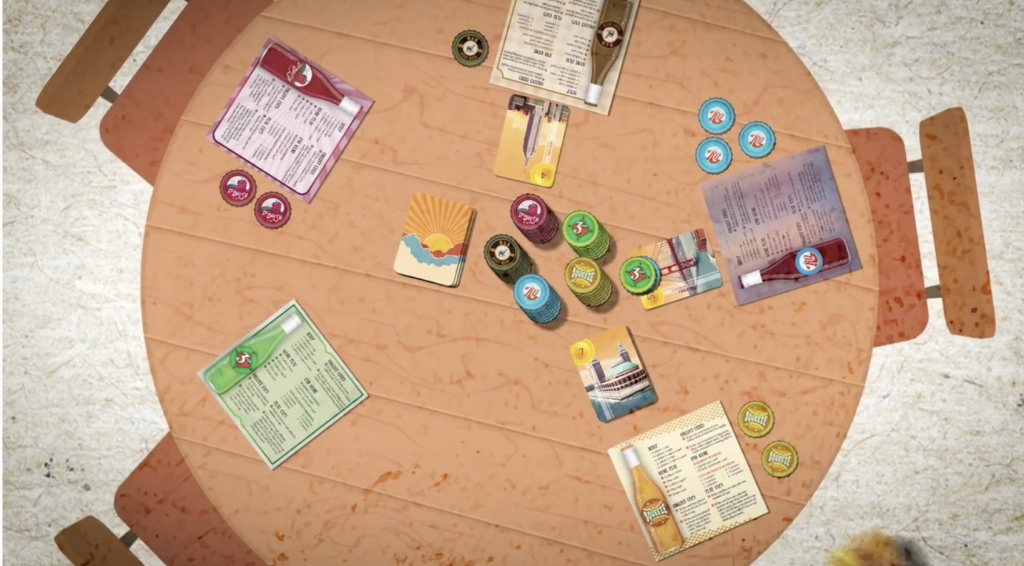 Top Pop looks like the light fun type of game that’s perfect for the whole family. Grab a bottle of your favorite soda and head on over to the Top Pop Kickstarter to learn more.