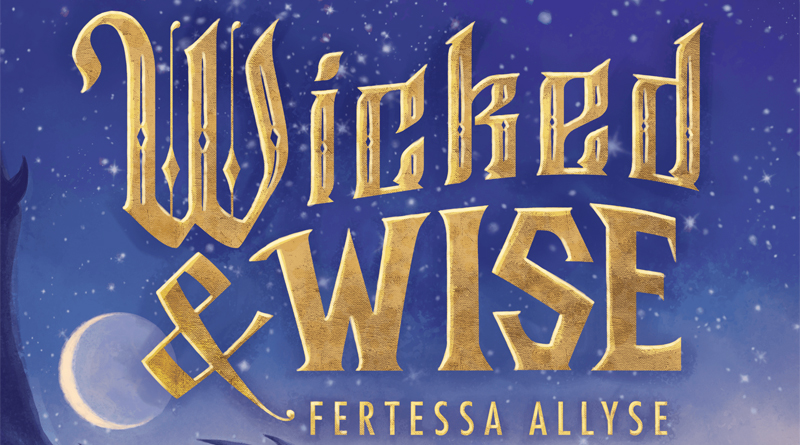 
Wicked & Wise is a trick-taking game of Dragons wanting to compete over riches and the Mice who support their treasure-collecting habits.  I love the theme for sure, and as a fan of both trick-taking games and games that feature asymmetrical gameplay, I was totally fascinated by the prospect of what this one has to offer.  So does Wicked & Wise belong in your horde?  Check out our Kickstarter Preview and find out! 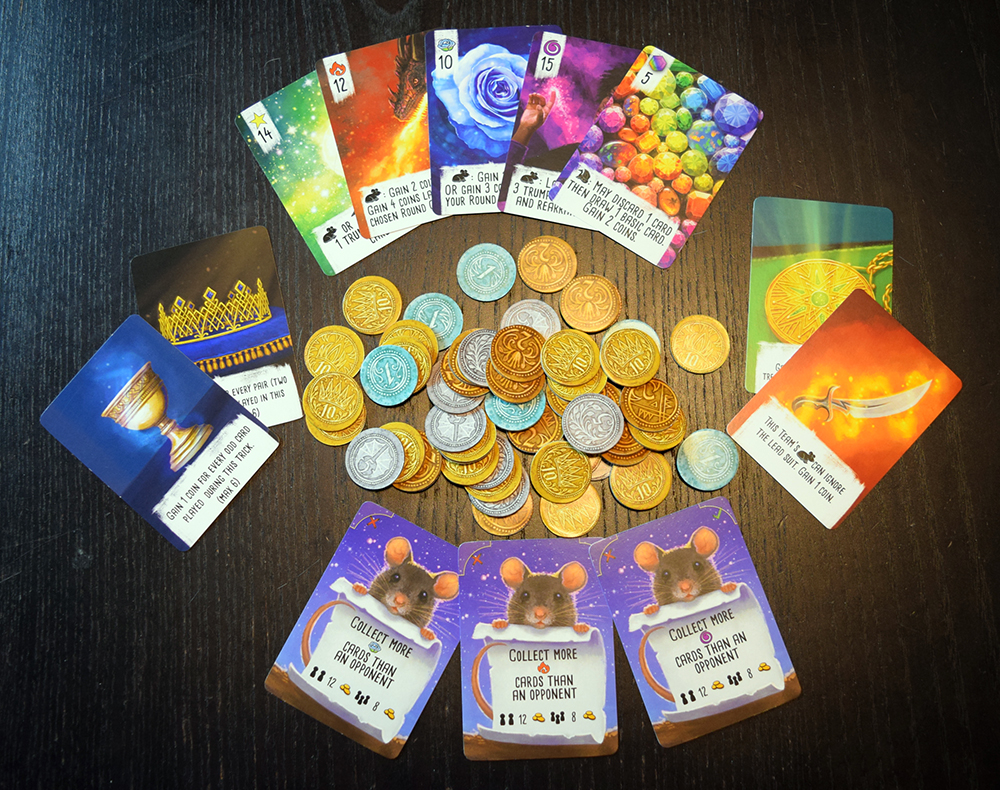 We were provided a prototype of Wicked & Wise for preview, with the option of requesting a completed copy.  We weren’t otherwise compensated.  All images are either of that prototype or from the Wicked & Wise Kickstarter campaign page.

As mentioned, Wicked & Wise is a trick-taking game, which broadly means that players will play cards from their hand in a lead-follow pattern, with the highest card of the lead suit winning the round and getting rewarded with treasure and coins.  Classic stuff, really.  Where Wicked & Wise’s first twist comes into play is that it’s a game played in pairs, and each member of the pair, the Dragon and the Mouse, has different rules and roles which they must follow. 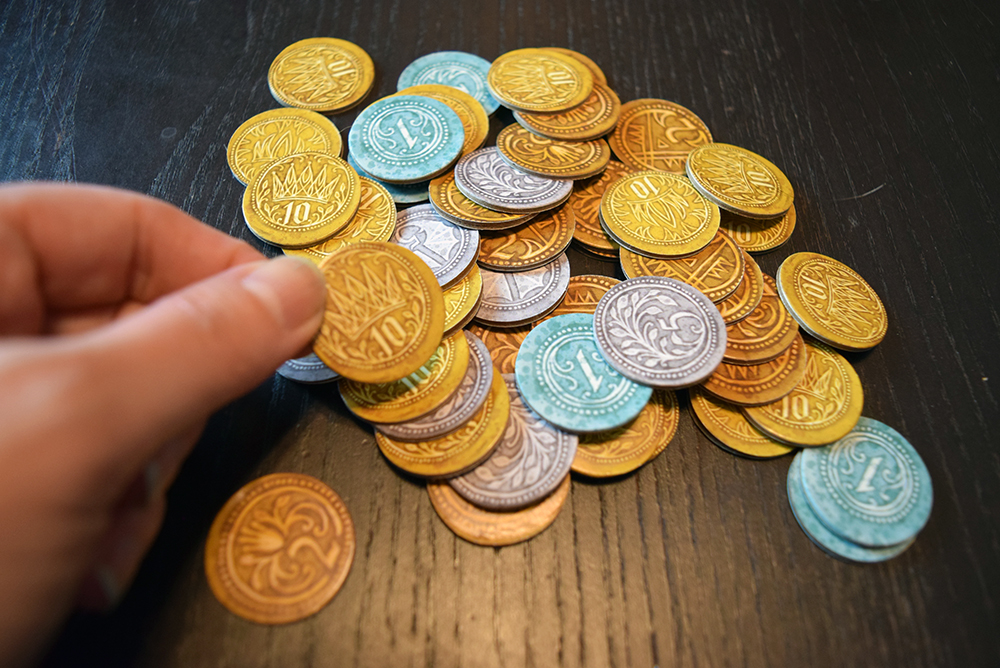 Each round starts with the Dragon drawing several goals and choosing which to pass to the Mouse.  These goals dictate how the team will earn the lion’s share (dragon’s share, I guess) of their coins for the round, assuming they can meet the goal’s conditions, but the dragon doesn’t actually decide which goal the team is going for – that’s the Mouse’s job.  Once goals are selected, they’re revealed to the table and gameplay begins in earnest.

Jess
Another neat twist here is that table talk is limited – players can’t just tell each other what kind of cards they are holding or might not even be able to communicate at all during certain parts of the game, depending on the restrictions in play. This adds some complexity to the decision-making throughout the game, since your partner doesn’t always know precisely what you’re trying to accomplish, and vice versa.

With goals chosen, the trick-taking begins.  Starting with the lead dragon, all dragon players will play cards, then all mice, then all dragons.  All players must follow the lead suit if they can.

Interestingly, only dragon players can win the trick – the highest card of the lead suit (generally) takes the win.  However, Mouse players have the option of activating the powers on the cards they play, potentially altering the round in a number of ways, including causing players to draw or swap cards between team members or even the gaining of coins or wild trump cards. 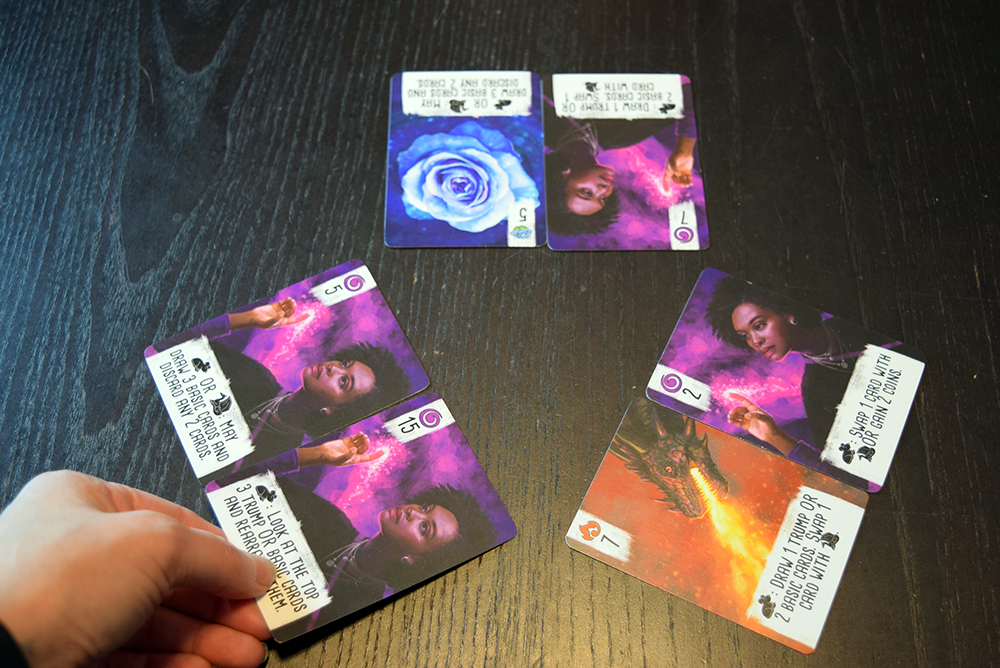 The winning team claims the cards played by their team into their collection area and then choses to take either 2 coins or a treasure. The losing team takes whichever reward the winners did not pick. Then the Lead token is passed to the next Dragon player.

Treasure cards have effects which can be used during a trick. These effects will either change how a trick works or give a team the possibility to earn extra coins. You can never have more than 3 treasures at a time.

Andrew
Which feels like a very anti-dragon-hoarding rule, but I digress.

When all tricks have been played, the round ends and everyone evaluates their goals. If your team met their goal, you get the reward shown, otherwise you lose half of the amount listed on the card. The team with the least amount of gold receives the Lead token and the next round begins. Dragons don’t keep cards between rounds, but Mouse players do and can even pass cards to their Dragon, in case that’s ever a valuable part of their strategy.  After the 3rd round everyone counts up their coins and the richest team wins!

Wicked & Wise has a lot of neat little bits that help differentiate it from other trick-taking card games.  As we said up at the top, the biggest twist definitely comes from the two different player roles and how they interact with the trick-taking gameplay itself, as well as how the communication rules complicate the decision-making when it comes to setting goals for the round.

Jess
I also thought the theme and presentation were winners. Even though it’s a prototype, it’s colorful and sits really nicely on the table.

Andrew
Agreed on that one. On the other hand, we did have some issues with the gameplay itself.
First and foremost, our key criticism is that Wicked & Wise is definitely a game that is intended to be played in pairs.  There are rules for odd numbers of players, including a variant where everyone is a dragon and there is a communal Mouse player that everyone interacts with, but at the end of the day, this is clearly a game that runs best with even numbers.  The standard rules for a third (or fifth, etc.) has the teamless player acting as both Dragon and Mouse, playing with one hand of cards closed and the other hand open.

Andrew
This ‘dual’ player role is something I tried, and I have some pretty mixed feelings about it. You lose the whole ‘working with a partner’ thing that makes the game its own thing, and while it does introduce a higher level of individual strategy as you have to plan for how and when to play from both sets of cards, the ‘disadvantage’ of having one set of your cards played openly just means that everyone else at the table should be keeping a closer eye on what Mouse cards you have in hand to discern what your strategy might be, and that just creates analysis overhead for everyone without adding much interest. 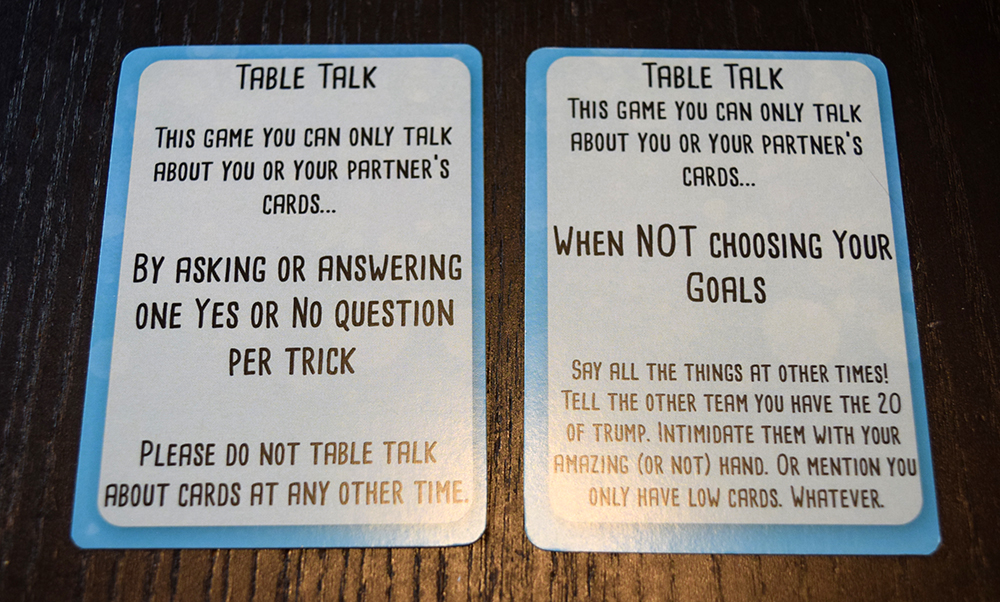 Another critique we had in our group was that the Mouse players tended to feel like supporting cast.  Sure, they could trigger abilities and maybe pass their Dragon some useful cards, but at the end of the day, they were literally unable to win, and that didn’t feel awesome.  It didn’t help that players never shift their roles throughout the game (and couldn’t, since passing cards back and forth was a key part of the between-tick strategy), so once a Mouse, always a Mouse.  The play order imposed by the Dragons-then Mice-then Dragons rule meant that unless we rearranged ourselves, we couldn’t just go around in a circle playing cards, which was a minor annoyance, and finally, the rule book definitely could use another pass for clarity and examples.  There was some phrasing that left us scratching our heads, though that will hopefully get ironed out on its way to production.

At the end of the day, Wicked & Wise landed sorta strangely for us.  There’s a lot to recommend about this unique, beautifully-presented trick-taker.  At the same time, some of the best things about it also caused some issues at the table.  So we think it would be awesome for you to head over to the Wicked & Wise Kickstarter page and check it out for yourself!

You can grab a copy of Wicked and Wise from the Kickstarter campaign here!