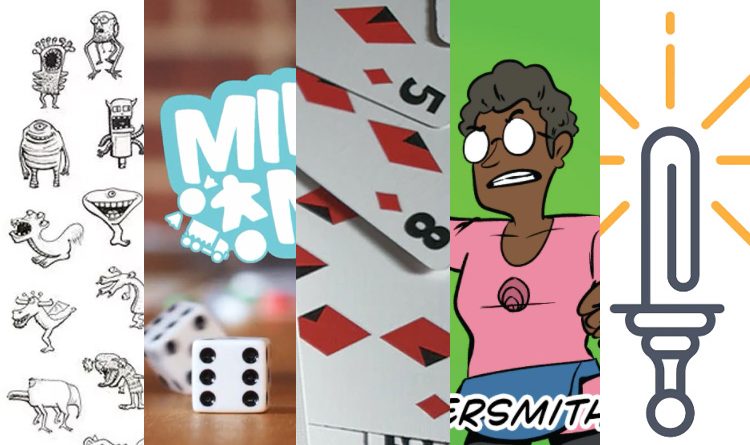 Jess
It’s the Friday before a long weekend. What are you doing with it? I’m backing Kickstarters! Let’s see what caught my eye this week!

There doesn’t need to be a lot to a game to make it fun and AGAWWCATTITASMN is a perfect example of that. The quirky illustrations and the noises that they will cause you to make will most likely result in raucous laughter for all. Check out A game about WEE WHIMSICAL CREATURES and trying to identify them after someone makes noises on Kickstarter here to learn more.

What’s mini, minty, and packed full of fun? Poketto’s newest game in the Mint Series, Mint Mini! This tiny game is a dice drafting game that combines all the fun elements of past mint games into one. Each turn the dice will be rolled and every player will draft 1 die. The result on their die will determine which mini game they will play that turn. There are 6 mini games and each one plays differently. For example in the Mint Control game a player can spend mints to try to take control of a location to gain its power. In mint cooperative, players can work together to defeat villains and gain super powers. At the end of the game, the player with the most points wins. 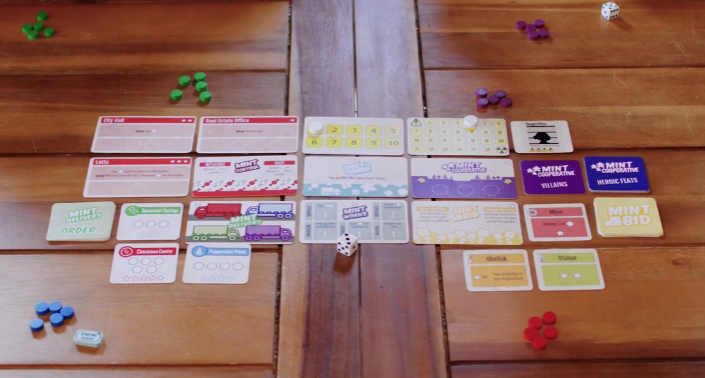 The Mint Series is a fantastic collection of games that all fit into mint tins and Mint Mini looks like a delightful celebration of everything that makes those games fun. If you are a fan of the series or enjoy dice drafting games then make sure to check out Mint Mini on Kickstarter here.

The Split is a twist on Blackjack. The story is this: You and your fellow players are criminals trying to split the take from your grand heist. In order to fairly distribute the goods you’ll all be playing a game of Blackjack. During a round, the dealer will one by one deal players cards. Players will keep their cards hidden and can stop accepting cards from the dealer at any point. Once all players have passed, the cards are revealed and the player who gets closest to 21 without busting gets first pick of a pile of loot cards from those available. Any other players who did not bust can then claim a pile as well. The unclaimed piles will have more loot added to them, making them more valuable. To make the game a little more interesting there are cheat cards which can do things like add or subtract from your card values, swap cards around, or discard cards. 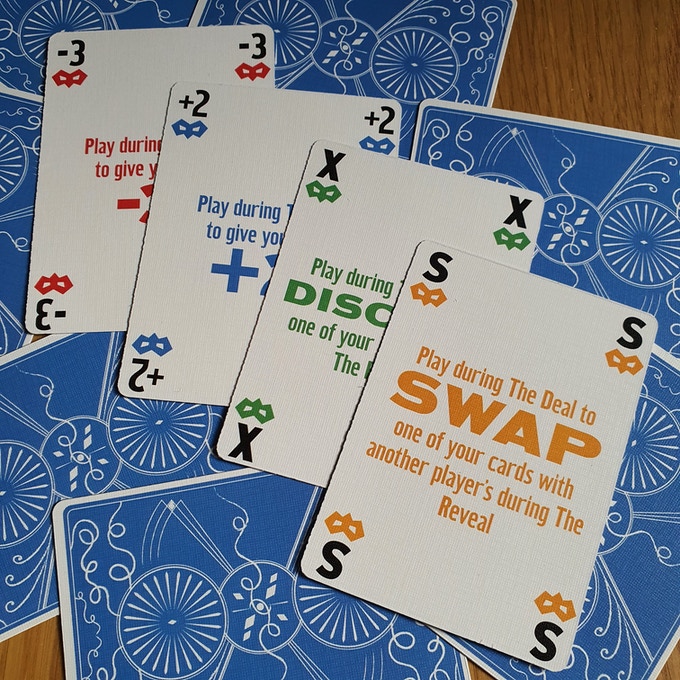 Seeing as The Split is based on a classic card game, I think this one will be a sure winner with players who are looking to get into hobby games, but might find them intimating, or players who want a little more interactivity in their games of blackjack. You can grab yourself a copy of The Split on Kickstarter here.

Everyone Else Thinks This Game is Awesome

Everyone Else Thinks This Game is Awesome is a trivia party game where players take on the roles of Professors trying to climb the academic ladder through the hard work of their grad students. Each turn players will be asked a trivia question and then must write down their answer secretly. Everyone will then assign their grad student to different locations based on who they think answered the question correctly. Once the grad students are assigned the answers are revealed and players score points for answering the question correctly and the grad students they placed on correct spots. When a player reaches 20 or more citation points the round ends and the winning player takes an Assistant Professor card. If you already have one and you win a round, you will flip it over to the Tenure side. If you have tenure and you win a round, you win the game! 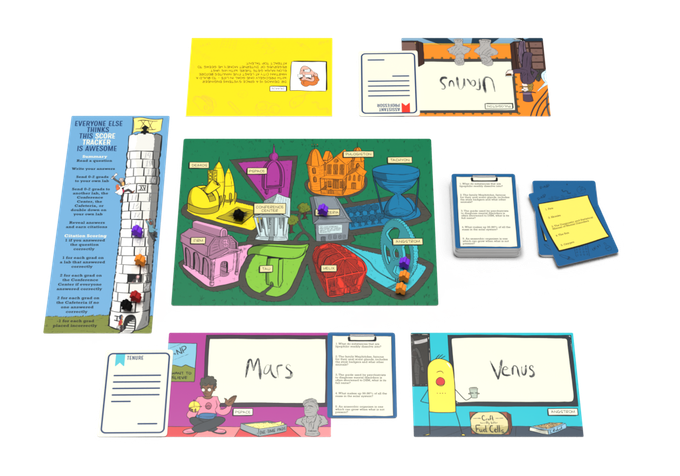 Tiny Library is a deck of 50 single-card roleplaying games. This means that each playing card in the deck includes either a full set of rules on how to play a game, maybe an adventure that can be used in an existing campaign, elements that can prompt a game, and more. 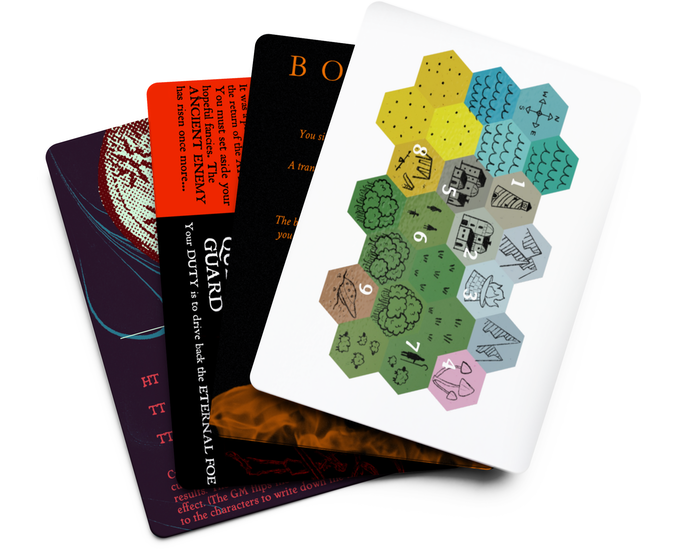 There’s a ton of exciting RPG stuff here created by a huge number of creators. If you love roleplaying and wat a chance to try out a lot of experimental games, Tiny Library is an awesome way to do it! Check out Tiny Library on Kickstarter here.