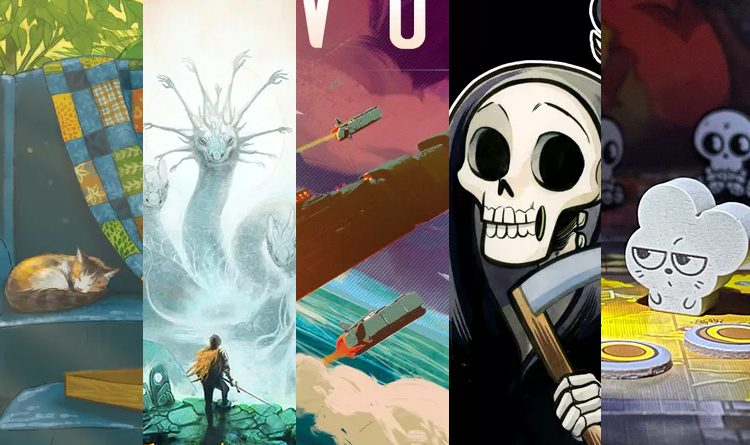 Jess
It’s October already?!? How did that happen? Ok well let’s get October off to a good start with some fun Kickstarters!

We did a full preview of Verdant here, but the quick breakdown is this: You have a mission to decorate your house beautiful plants and items. The player who earns the most points from their house wins. To earn points, each turn you’ll draft plant or room cards as well as items and add them to a 5×3 grid, ideally so that the rooms, plants, and items all provide bonuses for each other. If you place a plant next to a room that matches it’s light conditions the plant will gain verdancy and, once you meet its requirement, you can score the plant.

Verdant is a gorgeous and chill game that’s perfect for house plant aficionados and puzzle lovers alike.  You can check out the Kickstarter campaign here to learn more.

Beast is a one vs. many, asymmetrical, drafting game where players take on the roles of hunters and a deadly beast. The Hunters must either kill the beast or survive a certain number of rounds whereas the Beast need to kill enough nobles or settlers to win. The beast uses a deck of cards to secretly move around the board, but any time a hunter crosses a location where the beast has been a trail will be revealed. The beasts location will be revealed if a hunter searches the correct location or if the beast attacks. The players will use cards to move around the board, search locations, and attack. The cards that the beast and the players use are all drafted at the beginning of each round. This gives everyone potential information about what the others might end up holding. 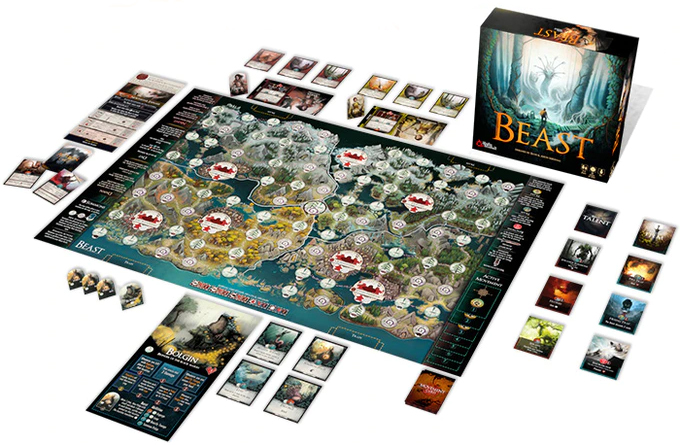 I really like that the drafting aspect of the game is shared by both sides and so even though the beast’s movements are hidden, the hunters do have an opportunity to see some of the cards available to the beast. This makes it slightly easier to guess the beast’s movements, but the beast can also collect information on what the hunters will be able to do. Beast sounds like it will be a neat take on the cat and mouse style game. The stylized, Nordic-fantasy inspired art is also really intriguing. You can hunt down a copy for yourself by visiting Beast on Kickstarter here.

Voidfall is a sci-fi 4X game with multiple modes of play. It takes place in a feudal-style galactic empire where the ruling house is being manipulated by dark forces called the Voidborn. The smaller houses must rise up to fight off this cosmic force before it is too late. Voidfall can be played cooperatively, competitively, or as a solo game and players take on the roles of the noble houses that have broken off from the ruling faction in order to prevent its corruption from spreading. In the solo and co-op mode you win the game by defeating the Voidborn. In the competitive mode, each player is trying to outdo their rivals as they seek to restore order to the Domineum. Each game consists of 3 rounds (called cycles) where players will explore the galaxy, build guilds, develop technology, advance their civilizations, and engage in battles. 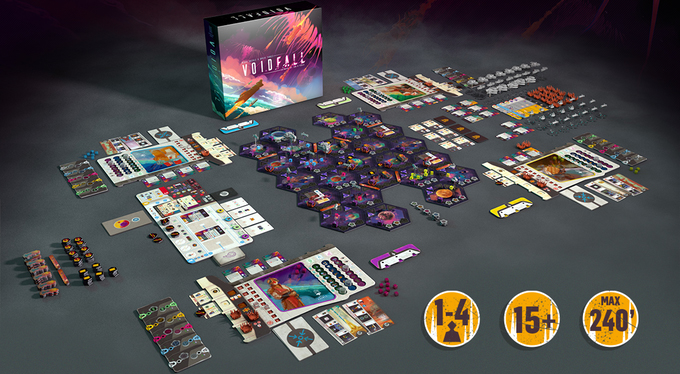 Voidfall looks like a an interesting 4x game with a lot of euro-style mechanics. The art is really clean and colorful, making for a nice table presence. You can check out Voidfall here on Kickstarter to learn more.

REAP is a bidding game where players are reapers trying to collect more souls than their competitors. Each round players are dealt a reaper which they keep hidden behind a player screen. Then the players will assign skull tokens to the actions on the reaper. The actions are Reap, which allows you to move your Reaper Meeple to an adjacent soul, Sweep, which lets you replace souls on the board, and Keep, which is how you collect souls.  For each soul type, the player who bid the most on the Keep space of their Reaper gets to collect the card their meeple is currently standing on as well as any souls adjacent to it of the same type. This means multiple players can collect souls if they are of different types. 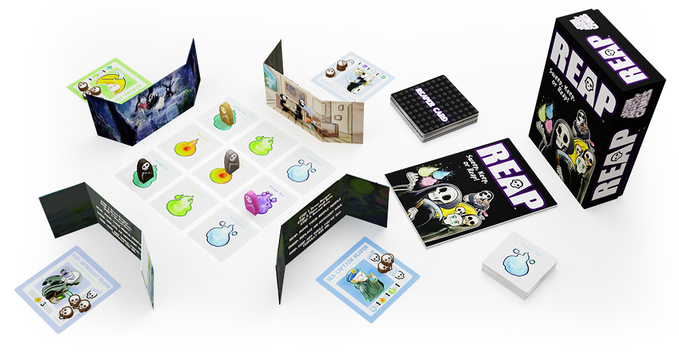 REAP looks cute, light, and full of puzzley strategy. The balance between setting up the perfect combo and managing to win the souls you want will be where a lot of the strategy lies. You can learn more by visiting REAP on Kickstarter here.

Keep the Heroes Out

Keep the Heroes Out is an asymmetric, cooperative deckbuilding game where players take on the roles of monsters doing their best to fend off the heroes that are trying to loot their treasures. Each player will have a monster with their own unique special abilities. On your turn you will discard cards to take actions such as move, attack, or summon and once your turn is done you will need to flip a number of hero cards and resolve their effects. If the heroes nab your main treasure everyone loses, but if manage to protect your treasures after going through the deck 3 times you win! 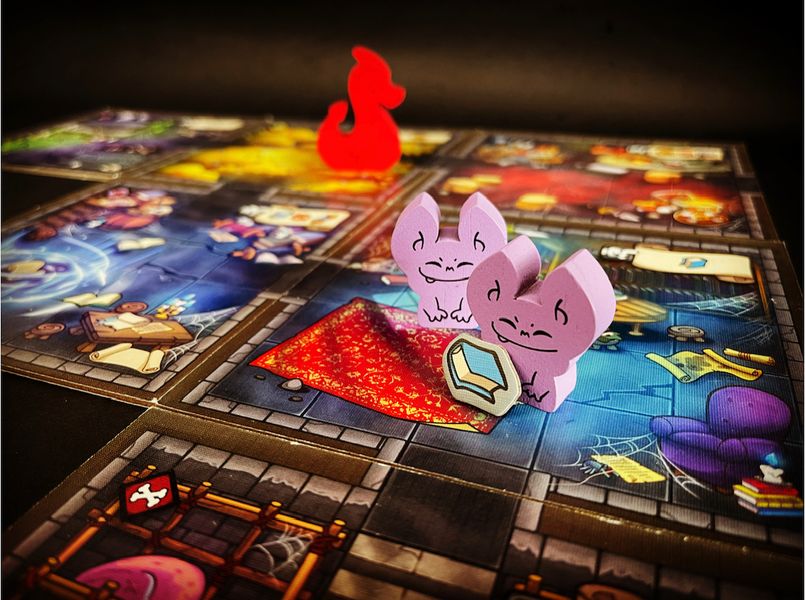 I really like the theme on this one. Why should heroes get all the glory? Let the monsters keep their treasures! Also I enjoy that the asymmetrical nature of the characters isn’t too complicated and the with the gameplay being cooperative, this seem like it will be easy to teach new players. You can check out Keep the Heroes Out on Kickstarter here.