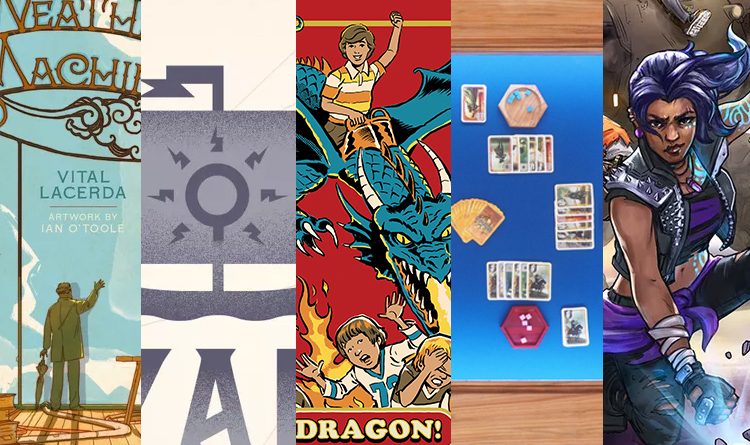 Power-duo in gaming design, Vital Lacerda & Ian O’Toole, are back with an all new worker-placement game called Weather Machine! In Weather Machine, the players take on roles of scientists working to control the local weather to benefit the community. As you adjust the weather in one area, it also alters the effects in other areas. As a scientist you must manage your lab, collect Vouchers and Chemicals, build Bots, build up your warehouse, and research weather. Whenever you collect enough research on a type of weather, you can publish a paper on it and build a prototype which can help fix extreme weather. The work you do will increase your reputation and earn you funding for more research. At the end of the game, whoever earned the most Climate points for their work, wins! 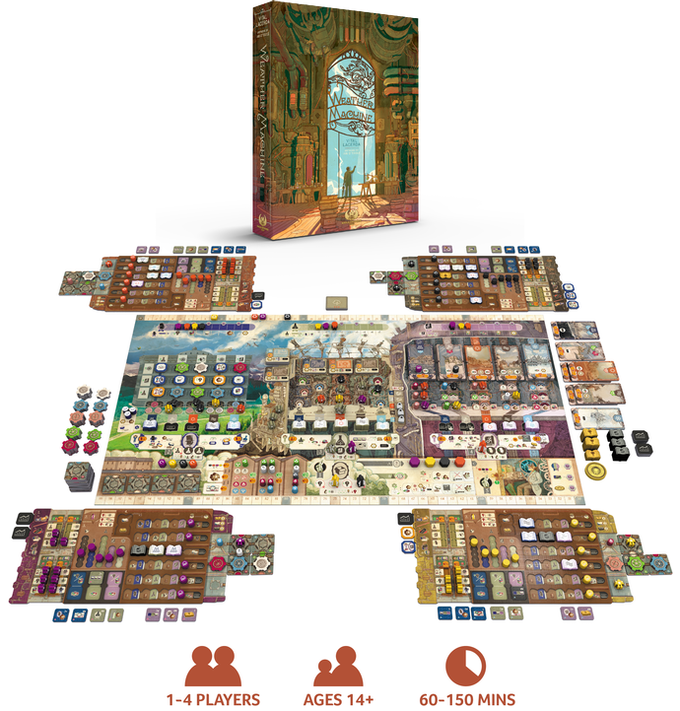 As with all Lacerda & O’Toole games, Weather Machine is big, beautiful, and has a lot going on. If you love efficiency puzzles mixed with euro-style gaming, then make sure to check out Weather Machine on Kickstarter here.

Voyages is a print-and-play game where players captain their own ship and sail across the ocean to discover crew, cargo, and new lands while fighting off DREAD. Each turn you’ll roll the dice and use the results to plot out a course across your map. One die will determine the direction and the second will set the speed. The last die will let you complete duties on your ship. Once any player has marked off the third spot of the legendary track, everyone has one last turn before the game ends. The player who earned the most gold in their travels wins.

I like the open world nature of the gameplay and the fact that the Kickstarter not only gets you the current maps, but also future updates as well. Postmark Games plans to develop and release new maps, play modes, and more. You can learn more about VOYAGES on Kickstarter here.

Steven Rhodes games are always a little dark and twisted. This 2nd set is no exception. In Volume 2 you get 3 games: Cryptozoology for Beginners, Living Well Is the Best Revenge, Let’s Call the Exorcist. Cryptozoology for Beginners is a game where players will draft monsters to complete assignments to gain points. Living Well Is the Best Revenge is a game about getting revenge by rolling dice to unlock your cards. The cards can give you abilities to manipulate your dice or points that you’ll need to win the game. The player with the most points after 3 rounds wins. Let’s Call the Exorcist is a social deduction game where players will be secretly assigned teams of either Innocent and Possessed. Each team must try to reveal all of their Artifacts to win the round. 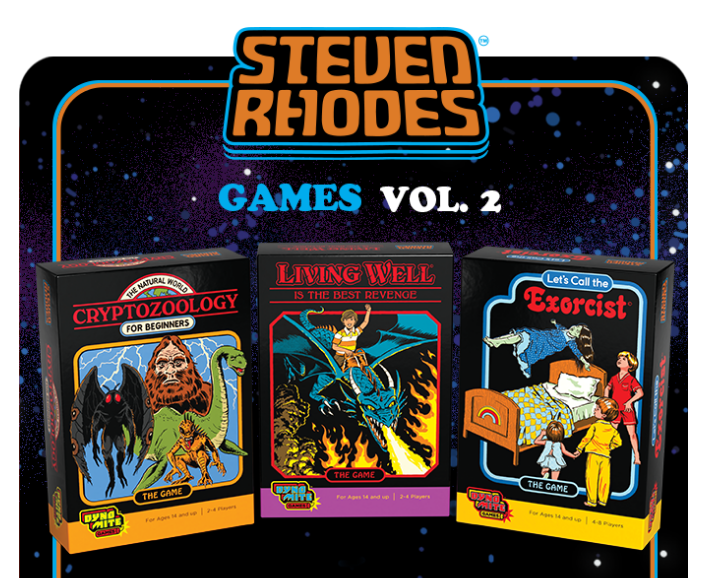 I love the themes of these games and that you get all 3 as a box set. You can also get Volume 1 as part of the Kickstarter in case you didn’t get previously. Visit Steven Rhodes Games Vol. 2 on Kickstarter here to learn more.

Kingmaker is a new board game table from Wood Project. The table comes in 4 different sizes and has a variety of extras that make it really appealing. The table includes a non-slip surface, a waterproof topper system, removable inserts, LED lighting, USB socket charger, built-in wireless charger, and a topper storage cabinet / game organizer. 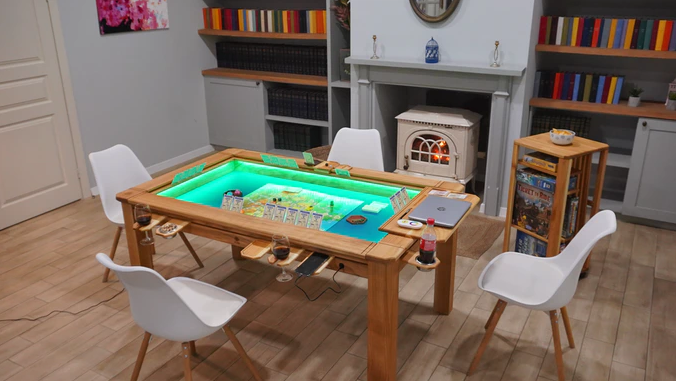 What I think is really slick about this table is that one of the decorative corner elements actually slides out to give you a way to lift the toppers of of the table. The table is elegantly designed and pretty affordable considering all you are getting with it. Visit Kingmaker on Kickstarter here to check it out.

Need some more irreverent fun? Well then check out Borderlands: Mister Torgue’s Arena of Badassery. This cooperative game pits you and your fellow players against lots of baddies to prove badassedry. The game is played as scenarios within a campaign or as single battles. Between scenarios your vault hunters will level up and have opportunities to buy kick ass weapons. At the end of the campaign you’ll face off against a tough boss, but if your team kicks their butt, you’ll claim victory! 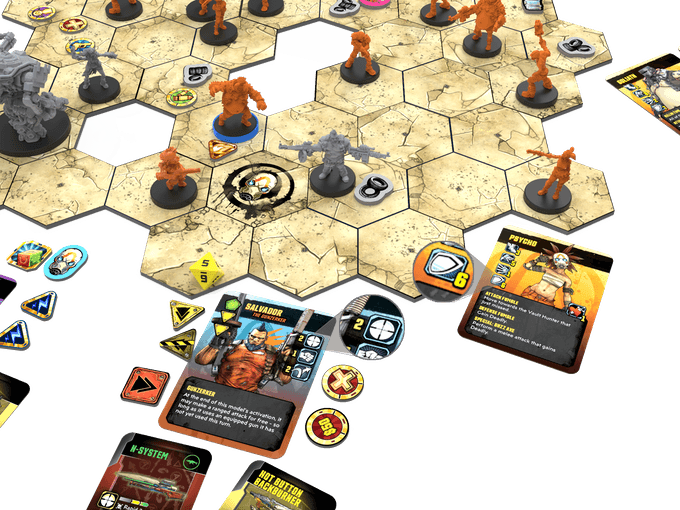 This one is perfect for any Borderlands fan. It looks chock full of all the snark and over-the-top action the series is known for and it comes with a ton of awesome looking minis. Learn more about Borderlands: Mister Torgue’s Arena of Badassery here on Kickstarter.