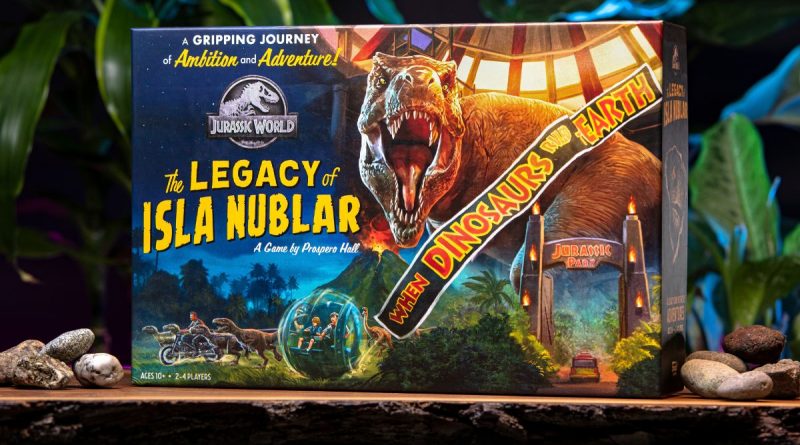 Exciting news for Jurassic World fans! Jurassic World: The Legacy of Isla Nublar will be launching on Kickstarter on March 22, 2022!

Designed by the talented team of Prospero Hall and published by FUNKO Games, this new legacy game follows the stories of the five films in the Jurassic World franchise. Over 12 adventures you will build up the park on Isla Nublar, breed dinosaurs, and try to keep your park-goers safe from rampaging dinos. 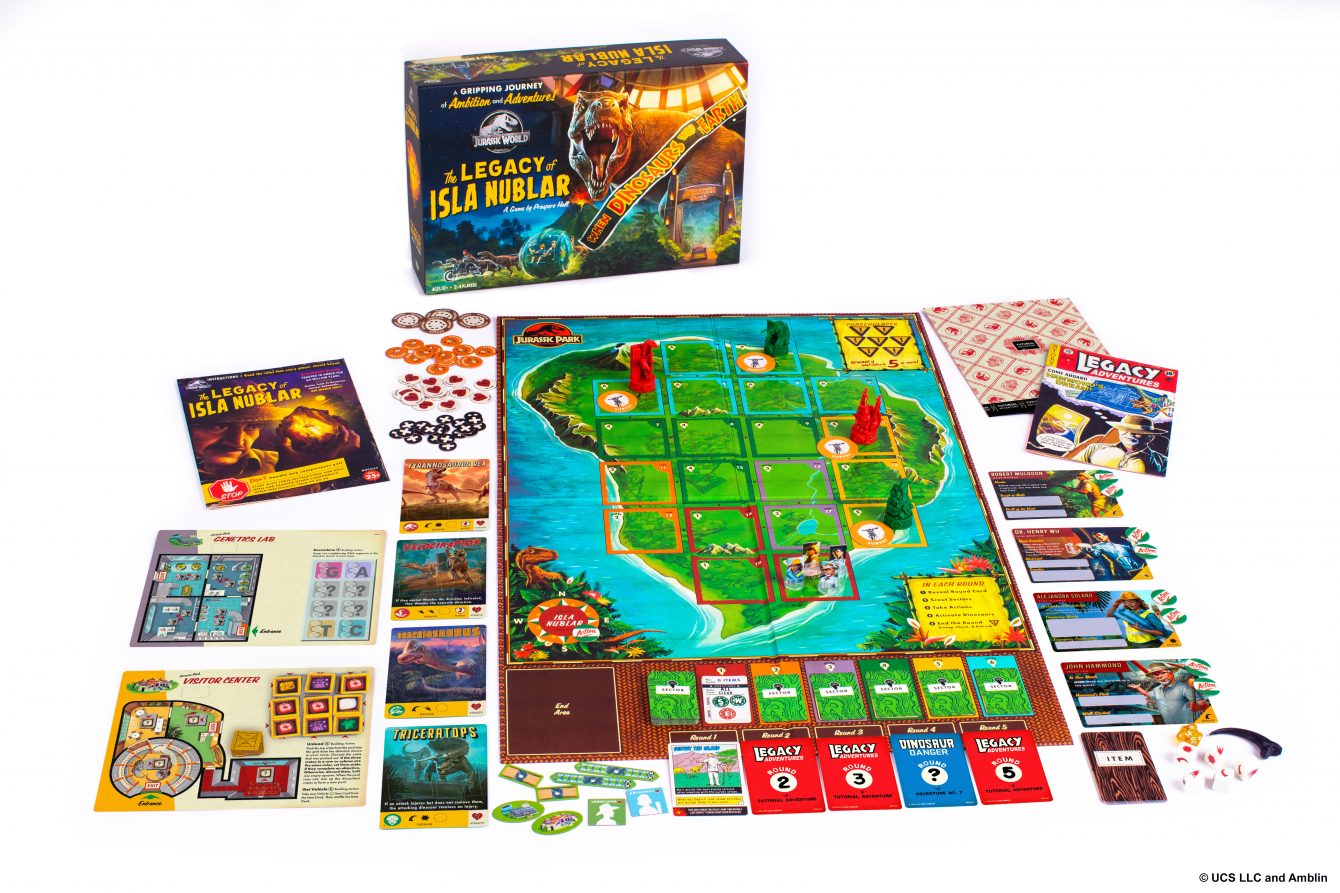 According to the press release: “Players can team up and play as familiar characters such as Dr. John Hammond, Dr. Alan Grant, Dr. Ellie Sattler, Claire Dearing, Owen Grady, and more fan favorites and all new characters while developing the park and unlocking new dinosaurs. Each decision made during play will uniquely and permanently affect the course of the game, resulting in dramatically different outcomes.”

“We always aim to create games we want to play around stories and characters we love most,” said Deirdre Cross, Vice President of Prospero Hall.  “This project has been in development for years, which has allowed us to experiment and innovate.  We believe we are redefining the legacy game genre in a way that will surprise and delight tabletop and Jurassic World fans.” 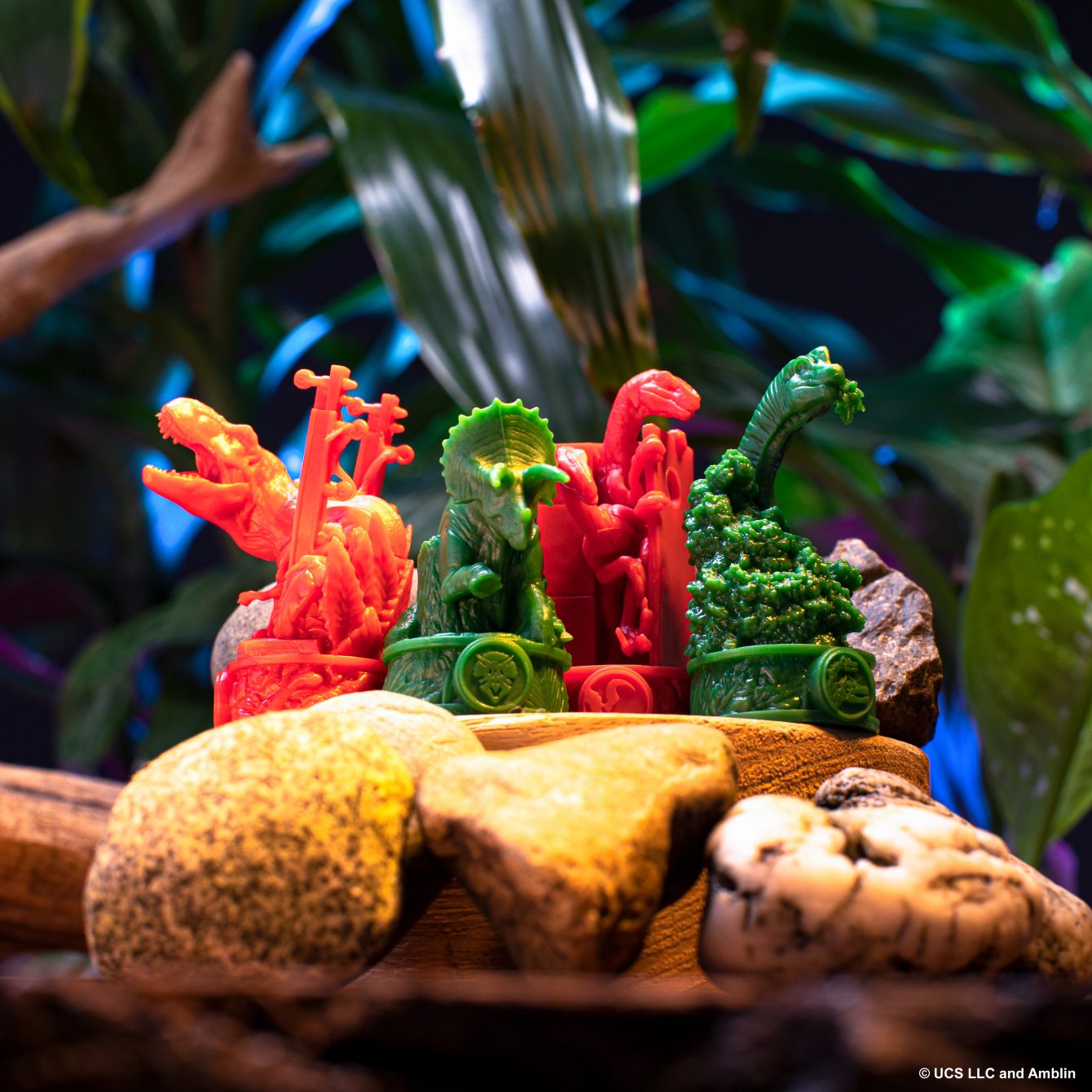 The game will include detailed miniatures of Tyrannosaurus rex, Velociraptor, Brachiosaurus, and Triceratops and you’ll be able to unlock mystery dinosaurs as you play. You can learn more by following the Kickstarter page at funkogames.com/JWLKickstarter for updates and to be notified on launch day.