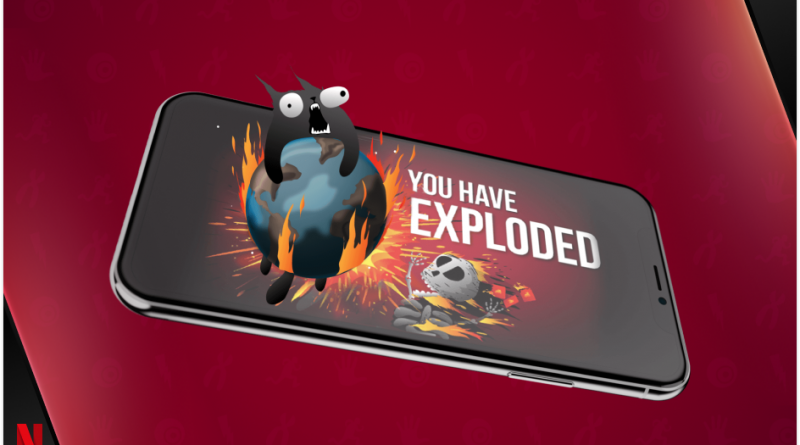 The world continues to increase its weirdness today as Netflix has announced it has ordered an adult animated series based on the card game Exploding Kittens. The show will star Tom Ellis (Rush, Lucifer), Abraham Lim (Clickbait,The Boys), Lucy Liu (Shazam, Elementary), Ally Maki (Wrecked, Toy Story 4), Mark Proksch (What We Do In The Shadows, Better Call Saul) and Sasheer Zamata (Woke, Home Economics). The show will launch this May.

According to the press release: “In the animated series, titled Exploding Kittens,the eternal conflict between Heaven and Hell reaches epic proportions when both God and the Devil are sent to Earth – in the bodies of chunky house cats. The series comes from showrunners Shane Kosakowski and Matthew Inman; executive producers Mike Judge, Greg Daniels and Dustin Davis of Bandera Entertainment; executive producers Peter Chernin and Jenno Topping for the Chernin Entertainment Group; and executive producers and creators of the Exploding Kittens franchise, Elan Lee and The Oatmeal’s Inman.”

“Netflix is the only service that could bring Exploding Kittens to life in both a series and a game,” said Matthew Inman, Exploding Kittens Chief Creative Officer and Creator of The Oatmeal. “We actually launched Exploding Kittens on Kickstarter as a weekend project, but our community has been the heart and soul of the company over the past six years. The new series and game will give our fans new ways to connect and interact with the franchise.”