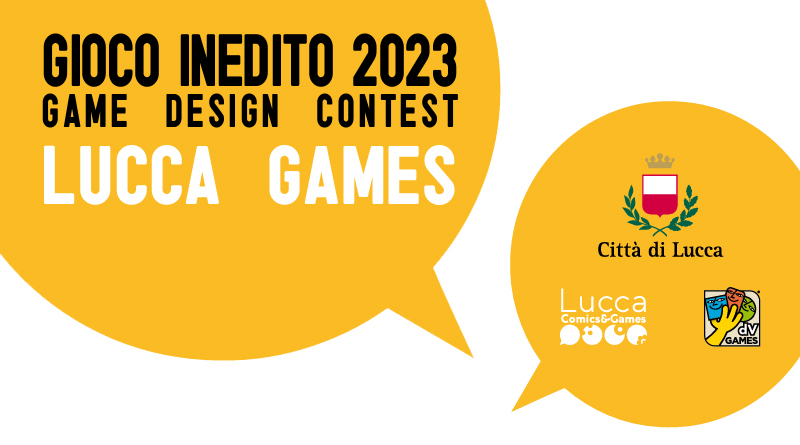 Comics & Games and DV Games have announced that the 2023 edition of GIOCO INEDITO Game Design Contest is now accepting entries!

According to the press release: The contest, powered by Lucca Comics & Games and DV Games, aims to identify the best new card game design from all prototypes received, and to reward it with the publication of the game in a fully professional manner aiming for the highest quality. The contest will also recognize upcoming graphic artists with the “Best Artwork Award”. With this contest, Lucca Comics & Games, the biggest pop culture event in Europe, renews its commitment to authorship and emerging authors offering a concrete opportunity for new game designers to be able to be noticed, published and distributed internationally.

This year’s theme is “Twenty”, to celebrate the 20th anniversary of the publication of the first GIOCO INEDITO game. GIOCO INEDITO is open to Italian and English language submissions. The deadline for entries is Wednesday, February 15th 2023. International submissions can be done through this form:

All submitted prototypes must conform to the technical and style requirements described below to avoid exclusion from the award process.

The jury in charge of evaluating and play testing the games is composed by 8 experts chosen by Lucca Crea and DV Games, including President Luigi Ferrini, Prize Coordinator Daniele Boschi. All games submitted for GIOCO INEDITO 2023 will be evaluated on originality, playability, editorial, artistic, technical, and cultural value (though not necessarily in that order). The winner will be announced in April 2023. You can learn more about the content at www.giocoinedito.com/en