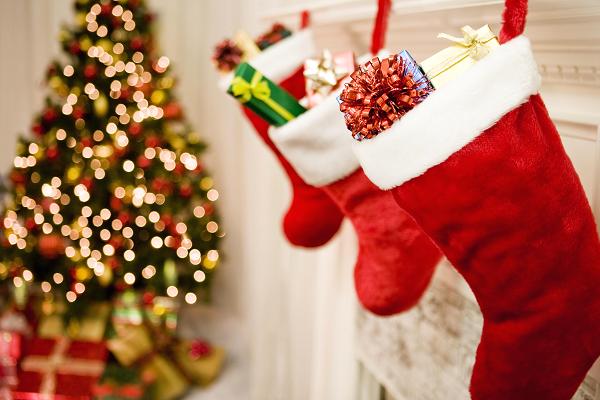 Let’s face it, if your gamer friends wanted Hive, they’ve probably already bought it.  The Tiny Epic games are terrific—but not only do they appear on just about every other stocking-stuffer list, they are practically a stocking-stuff list of their own.  Dungeon Roll—that cute little treasure chest with a red bow on it?  Sushi Go decorated with silver ribbon?  Charming, but about as original as a rondel in a Mac Gerdts game.  (Winnow that audience!  Winnow it!)  12 Days?  Actually an excellent little game—but maybe too on-the-nose.  No Thanks?  I appreciate the sentiment, but I’ll pass.  Hanabi?  Go stand in the corner.

So let’s do a deeper dive, shall we?  Let’s look at some stocking-stuffers for the person in your life whose game collection is measured by the number of walls it occupies in his/her house—some small-box, small-price games that will earn you the appreciation (and the narrow-eyed, nodding respect) of that most difficult of your friends to buy for: the game aficionado. 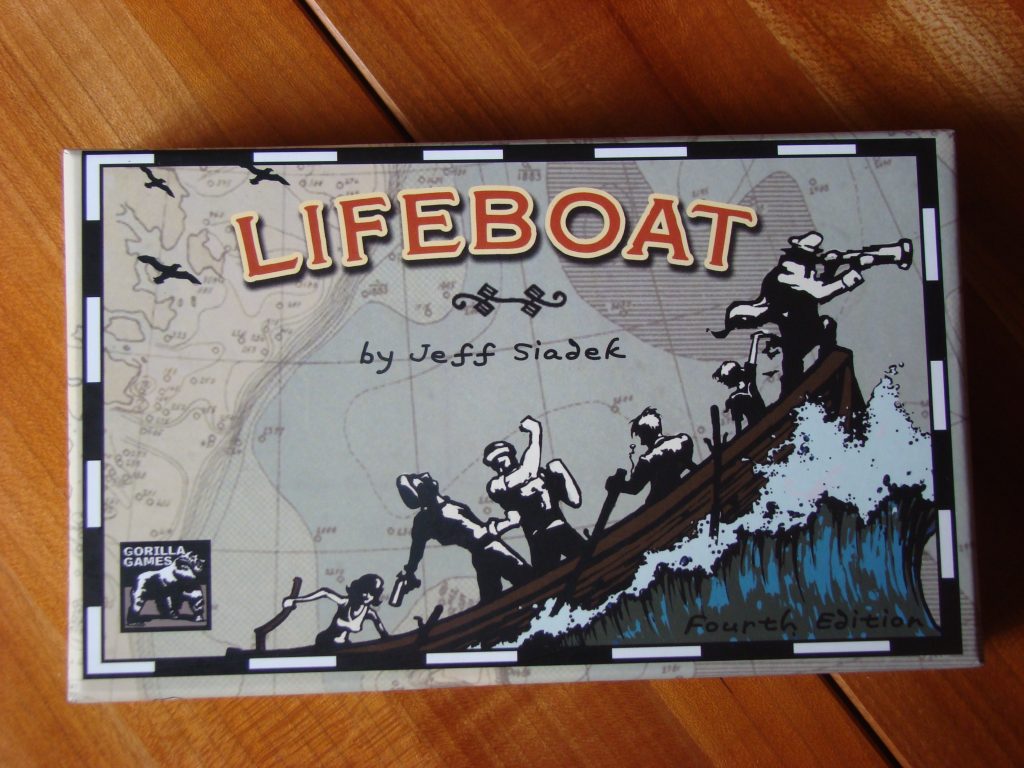 The hipster indie sibling of such social deduction games as The Resistance and Coup, Lifeboat casts players as survivors adrift in the middle of a vast ocean.  Decidedly not filled with the Christmas spirit, players will take their turns trying to steal valuables from the other survivors, get into fistfights with them in order to gain a preferable seat in the boat, or even try to throw them overboard.  Unlike other social deduction games, everyone knows the identity of everyone else. 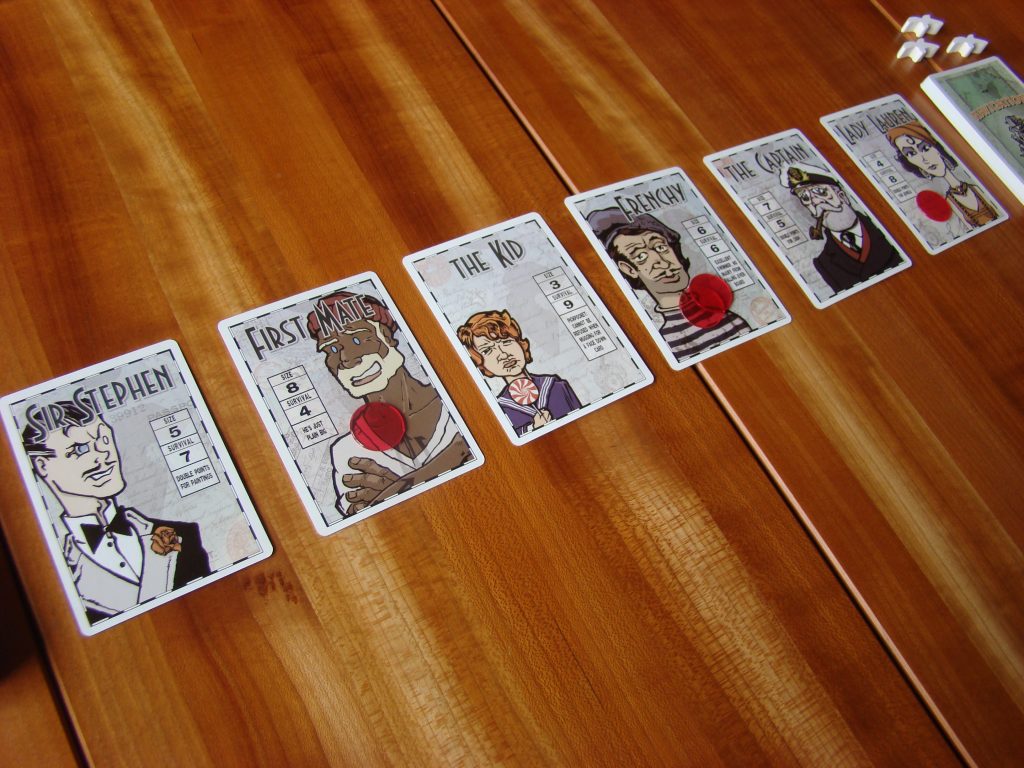 So what needs to be deduced?  Each player secretly loves one other player and secretly hates one other player.  You get additional points at the end of the game if the player you love survives, and additional points if the player you hate dies.  It’s exactly fifty-percent kindhearted—just like Christmas itself.  (Don’t even ask what happens if you get unlucky enough to hate yourself.  We’ll save that eventuality for Valentine’s Day.) 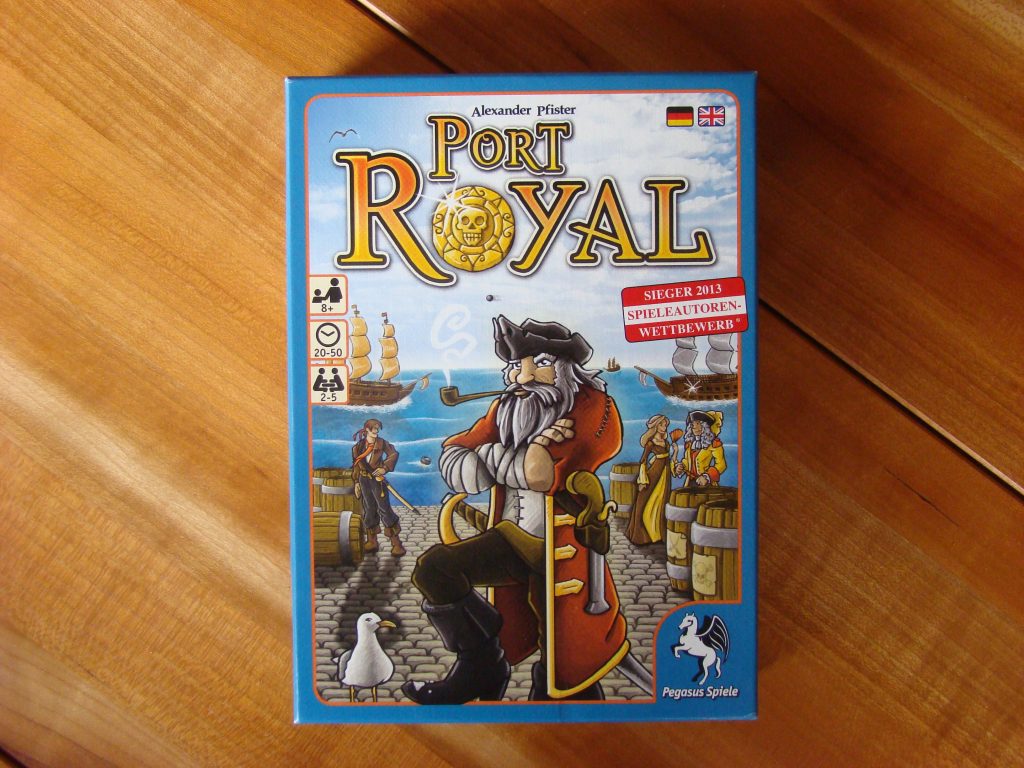 A Gameosity favorite, Port Royal is the piratey push-your-luck card game by recent boardgame darling Alexander Pfister.  Each turn, you draw cards until you either bust or stop and buy some of the cards you’ve drawn.  These cards will usually give you points and also give you advantages the next time your turn comes around. 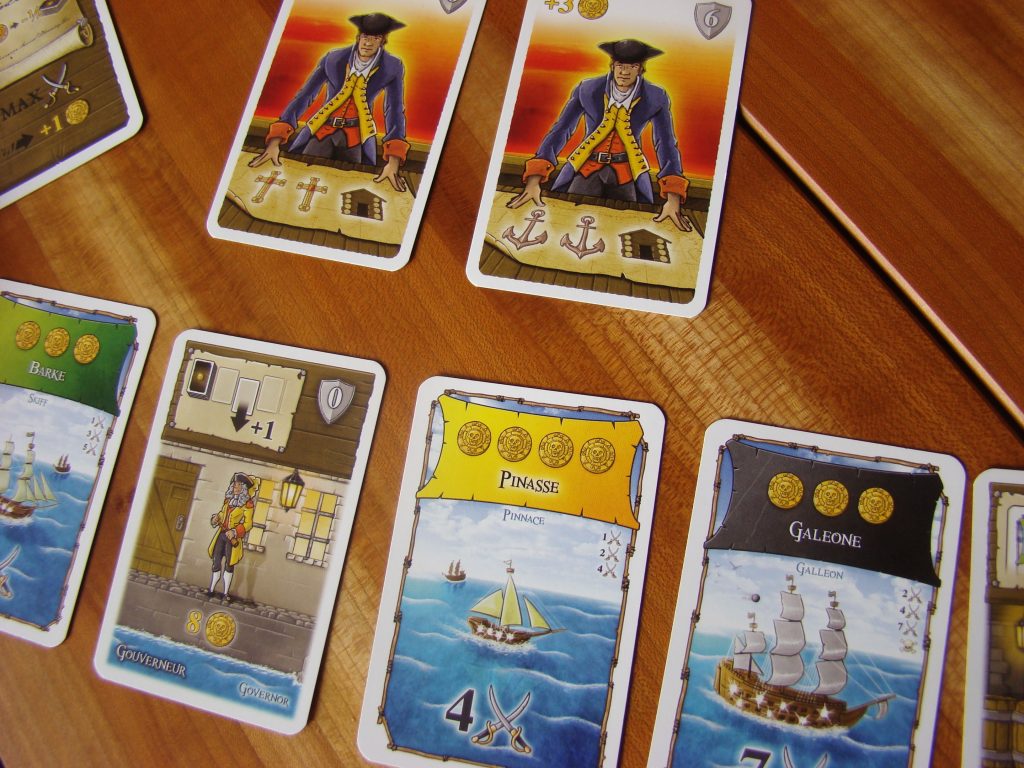 Even better: everyone at the table has a chance to shop from the tableau of cards you’ve drawn—so everyone has something to do every turn.  I’ll admit it: I’ve never won this game—but I’ve always been jolly as a Coca-Cola Santa while losing it.  (Bonus points if you can pick up the recent expansion, which adds new cards, a mission mechanism, solo play, and co-op play.) 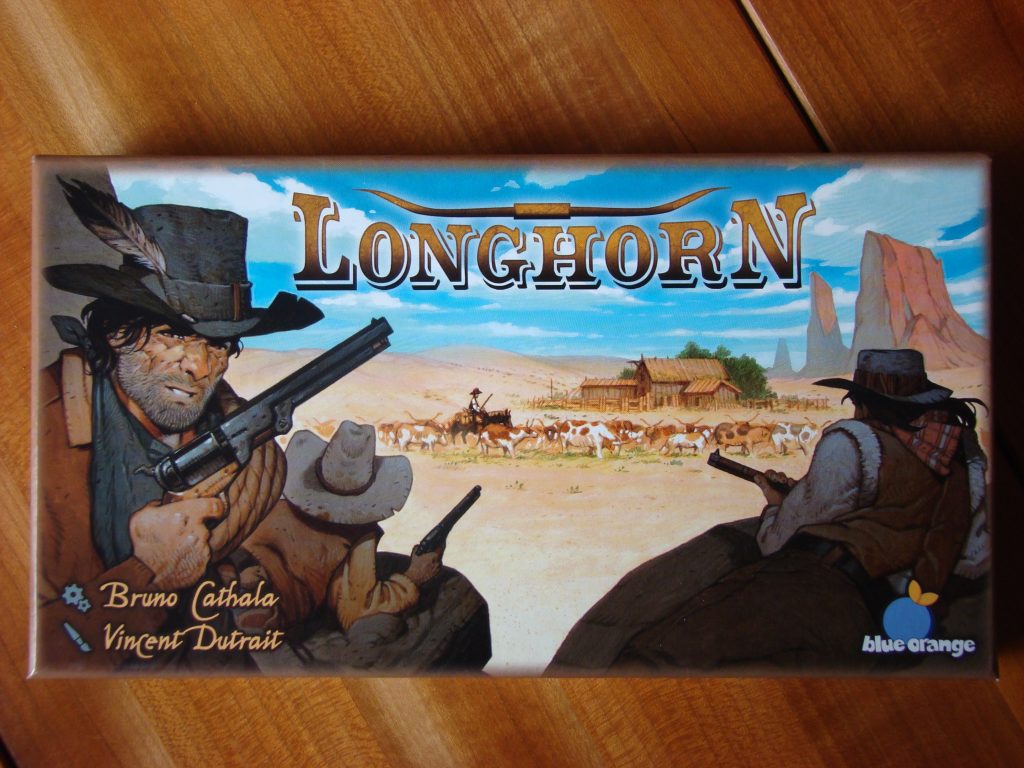 In honor of the twelve days of Christmas, here are the twelve reasons you should check out Longhorn: 1. designer Bruna Cathala, 2. artist Vincent Dutrait, 3. it’s like a two-player Five Tribes, 4. steer meeples, 5. unique set-up every time, 6. a longform box that’s not the shape of any other game box you own… 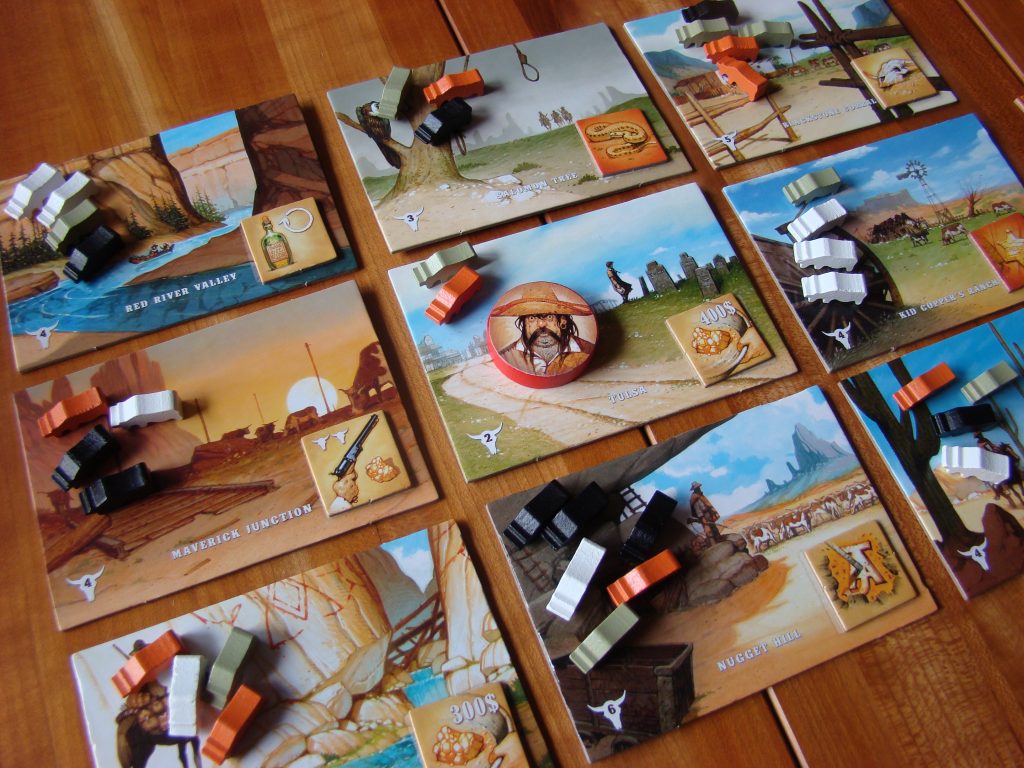 7. a western theme, including cattle rustling, rattlesnakes, ambushes and gold nuggets, 8. a fifteen-minute play time, which means that you’ll never play it just once, 9. a simple but strategic set of rules, 10. the outlaw Eagle Perkins, 11. a surprisingly clever economic engine, 12. a partridge in the gullet of that rattlesnake you just stepped on.

Castles of Burgundy: The Card Game 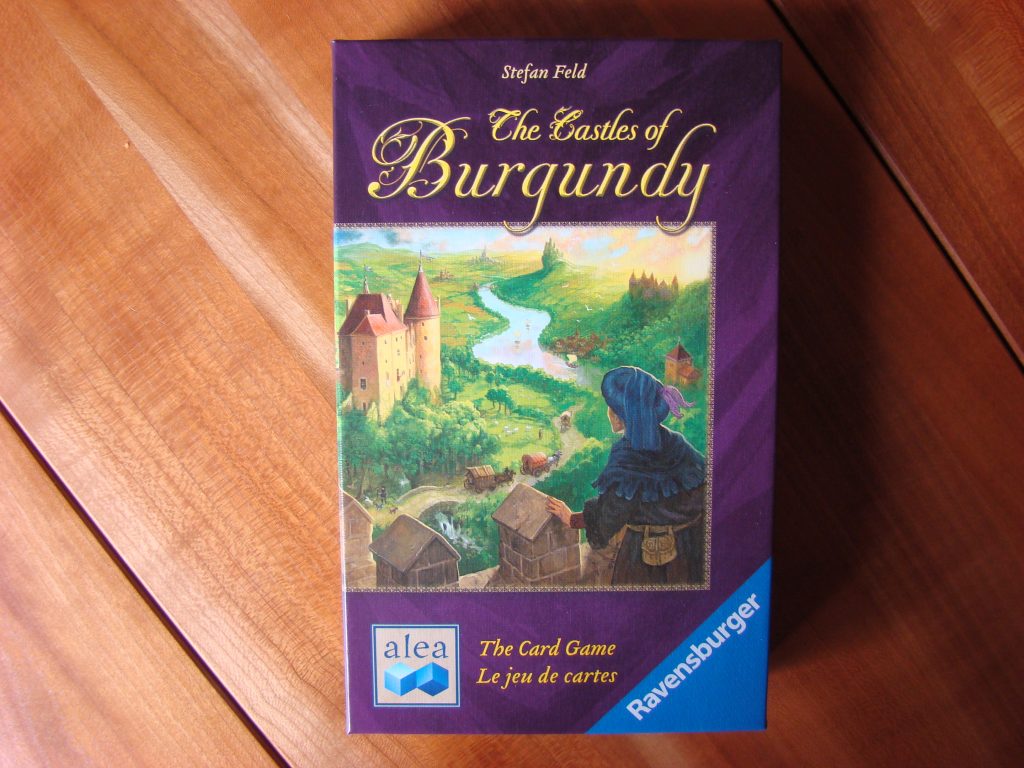 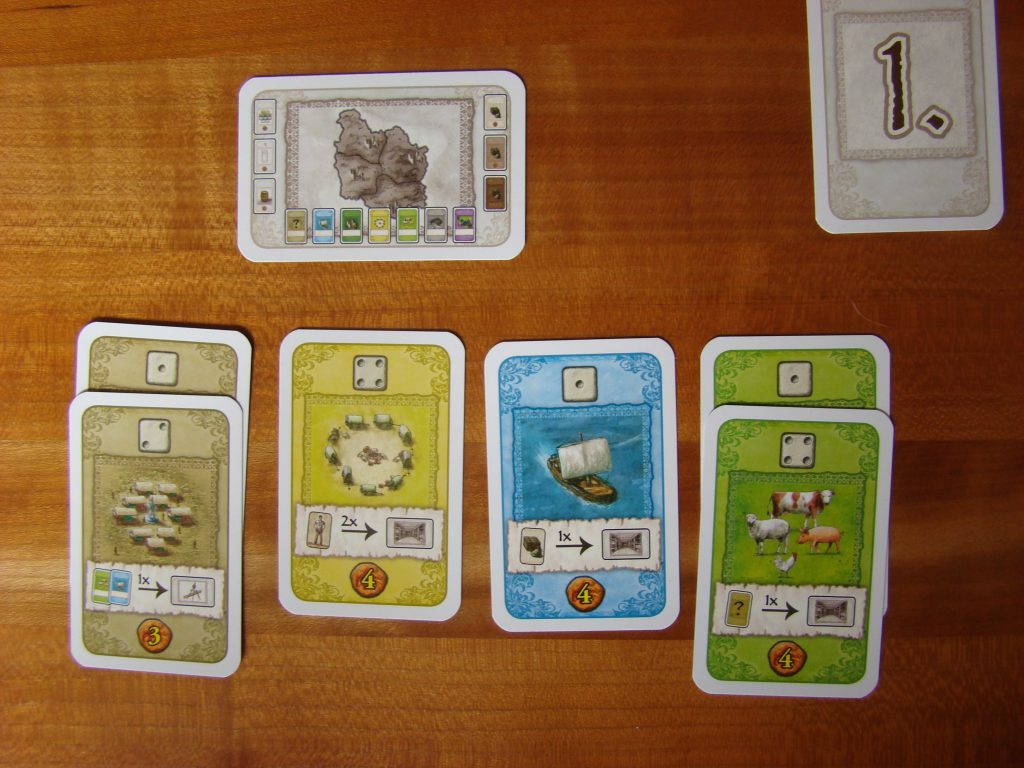 But that’s a moot point.  The only person you’re buying this for anyway is the person who already loves Castles of Burgundy and doesn’t want to be left out of the CoB Kool Klub.  (We have a secret handshake!)  Plus, the card game box is an adorable dollhouse miniaturized version of the full box game.  Seriously, it’s precious. 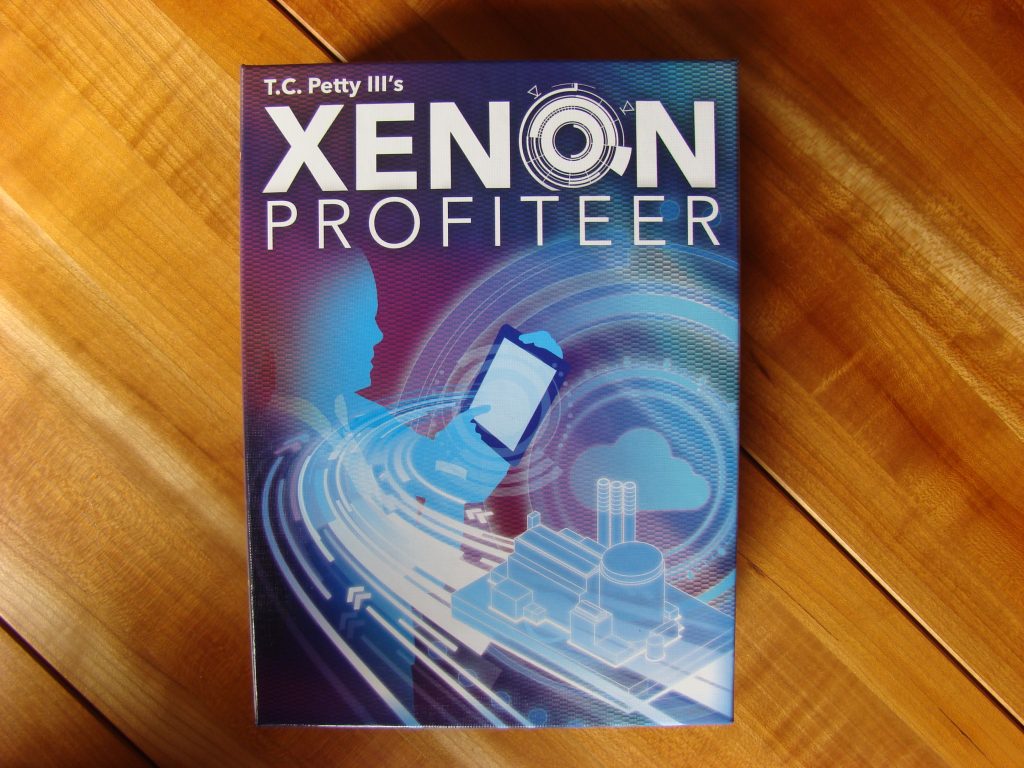 What are you breathing for Christmas this year?  How about a noble gas you’ve never heard of (well, I’d never heard of it, but I’m not that bright) that exists as a trace element in the earth’s atmosphere and that can be distilled for use in things like military grade flashlights?  There’s a reason T.C. Petty, the designer, has a III after his name: this game is three-licious—a speedy deck-builder with some amazing graphical design and a healthy dose of science education. 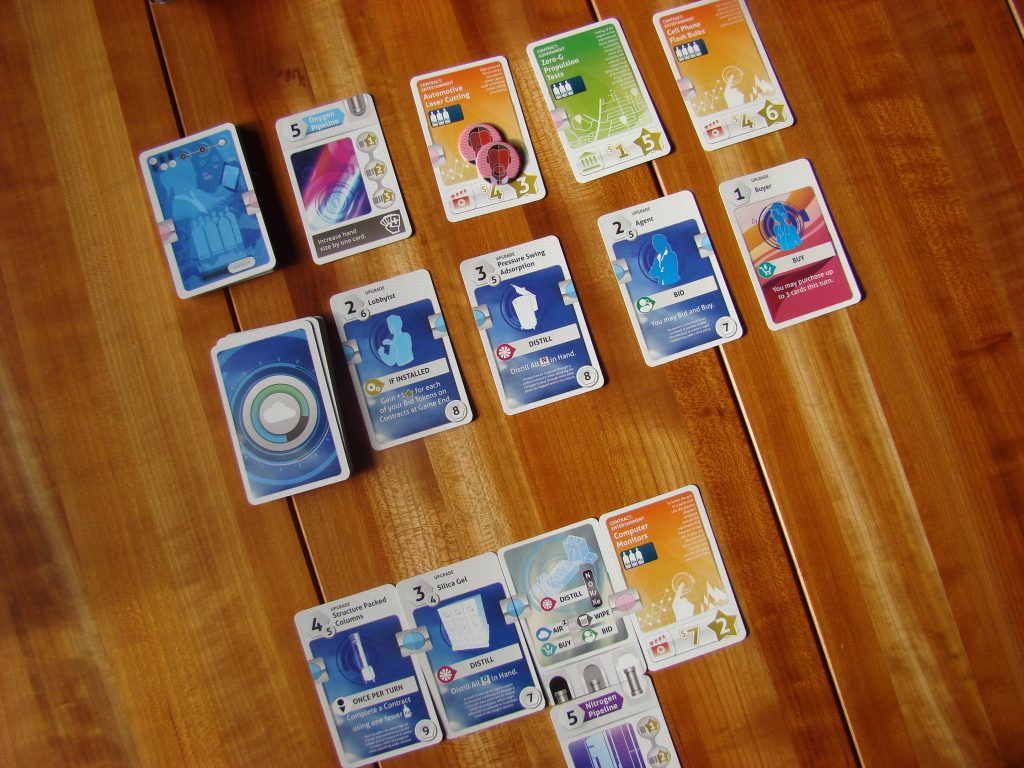 In an age where most of our deck-builders are about aliens or predators or fireflies or large troubles in small Chinas, this games has a refreshingly earthy theme that sets it apart from other games on your shelf.  And, as everyone knows, the holy ghost is 5.7% xenon. 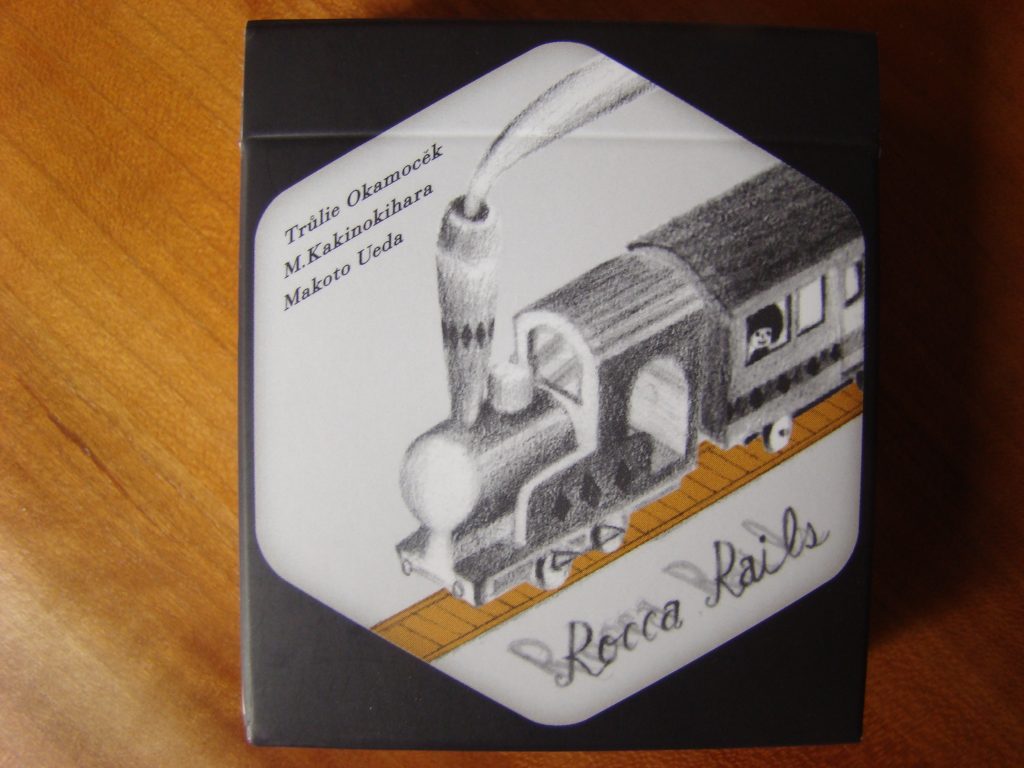 Okay, so this isn’t the most affordable item on the list, but it’s certainly the most unique.  This tiny little game is produced in Japan and somewhat hard to find (our gift to you: the link where you can find it! http://www.ahalife.com/product/315/japanese-card-game).  The gameplay itself is unremarkable—the closest any serious gamer will ever come to Uno.  But the art and design are gorgeous: the cards are hexagonal and made to look like three dimensional blocks with railroad tracks on top of them so that when you overlay them, your eyes play funny tricks on you and it begins to look like you’ve built a 3D toy block tableau on your tabletop. 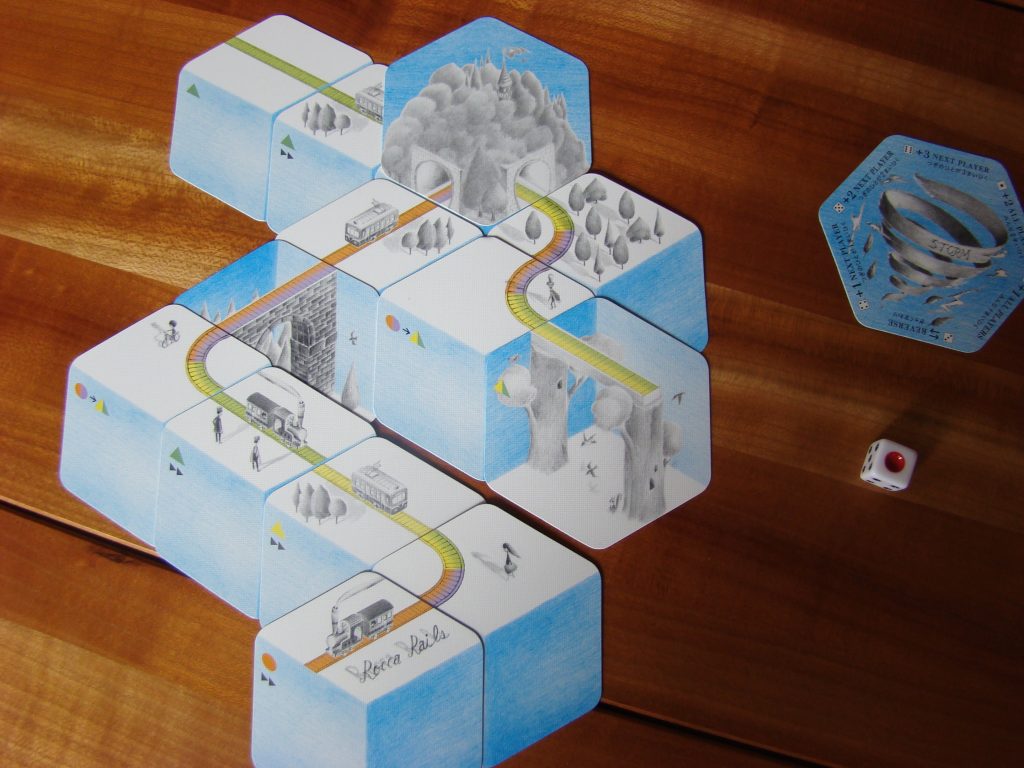 The card art consists of delicate pencil drawings that look homespun and charming.  While the price-to-size ratio is somewhat high for this wee deck of cards, Rocca Rails is the gift that is sure to impress that special hard-to-please boardgame connoisseur in your life.